Dog Tale Leads To The Tip Of A Lifetime

Believe it or not, miracles really do happen. For Christina Summitt, a
bartender in Clinton, New Jersey, it happened after her love of her
Great Dane/Black Labrador Retriever mix had led her to get a paw print
tattoo on her wrist -- and that tattoo led to her receiving the tip of a
lifetime which saved her dog's life. 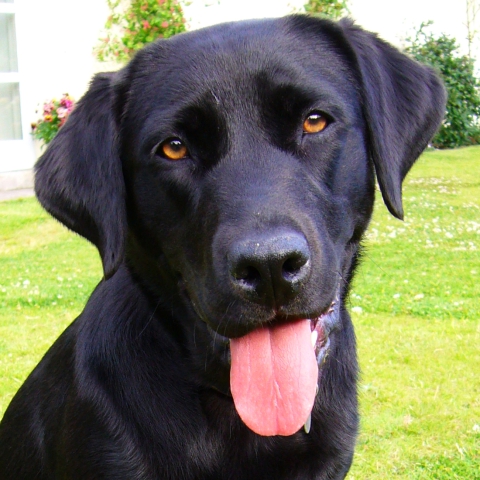 That very tattoo has often been a conversation starter for the animal lover. Summitt, wife and step-mother of three, volunteers with a pit bull rescue organization and spends time trying to find homes for animals in need.

An anonymous couple dined in the hotel bar that night and ordered drinks. They noticed the tattoo and asked Summitt about it. She explained to them how much she loved her dog, Tucker, and that he was in the vet hospital needing surgery to remove a hard plastic ball he had swallowed.

The man mentioned how expensive such surgery can be and Summitt confessed that the bill was going to be $2,700. She already works three jobs, as a chef, bartender, and a food prep worker to help keep the family going. When the time came to pay the $80 tab the man added a sizable tip -- for $1,000.

Summitt started shaking and crying. She tried to decline it, but the man told her to put it towards Tucker's medical bills. She walked around the bar and hugged the couple who said that they would be praying for the dog.

Summitt is so grateful to the couple and their random act of kindness that helped save her love. Tucker has had his surgery and recovered nicely.

Ferociousness Knows No Bounds! The Animal Video of the Day!!!
Comments