Dog "Drives" Tractor On To Highway

It was quite a busy day yesterday on the M74 motorway in Scotland.
It was the day a dog "drove" a tractor out of a field, through a fence,
and in to traffic. Well, sort of. The sheepdog was waiting patiently in
the passenger seat of what was really a John Deere utility vehicle
called a Gator. Somehow the dog managed to hit the wrong control and the
vehicle started rolling down the hill. 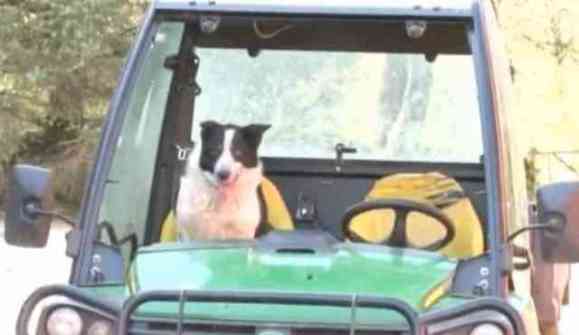 Tom Hamilton, the dog's owner, was tending to a lamb in his field of sheep. When he turned around he got the shock of the lifetime when he saw his "mini-tractor" careening down the hillside straight for the highway. The dog, whose name is Don, and the Gator were later both returned home none the worse for wear. 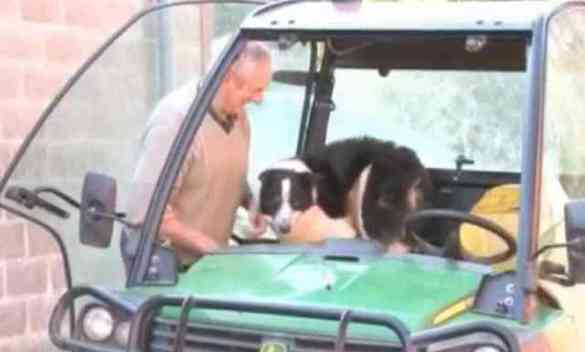 Don the Dog in the Tractor with Hamilton (YouTube Image)

Hamilton is certain that he hadn't set the hand brake properly, though authorities believe that Don accidentally did something while sitting inside the tractor. A brief interruption in traffic and a few good laughs were the only results of the incident.

Don is not being charged with any traffic violations and no points were added to his license. It is my considered opinion that he was taking off with the vehicle so that he could build his own barking lot. HA!

Lilli The Cow, Born With Six Legs, Has Everything To Live For
Comments