Doctor Who? Wally The Corgi, That's Who!

Doctor Who has finally gone to the dogs -- well, one dog anyway. Wally,
the Welsh Corgi, managed to endure enough time in front of the camera to
honor all 13 doctors of the venerable British science fiction
television show. For the die-hard Whovians out there that does include
the War Doctor. Wally even had his own tiny cardboard TARDIS for the
shoot. 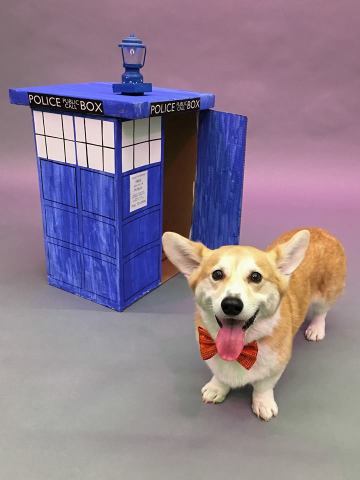 Doctor Who is the longest running science fiction television show in history with 52 years under its bow tie.  That's 364 years in dog years -- and a drop in the bucket for the legendary Time Lord. His adventures have crossed the Universe and drifted into several parallel dimensions. Wally is up for all that -- as long as there is something to eat along the way. 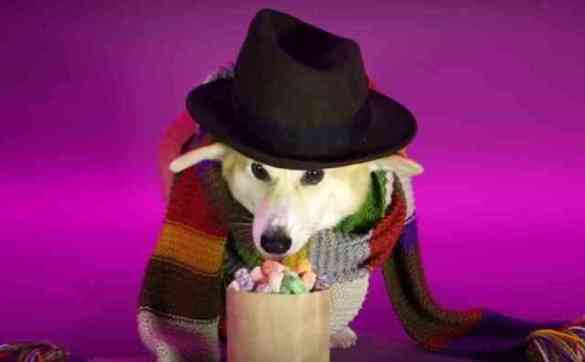 The Doctor travels around in the TARDIS (Time and Relative Dimensions in Space). The craft looks like an old London police box. It is bigger on the inside than on the outside. Wally had his own little TARDIS just for this photo shoot. 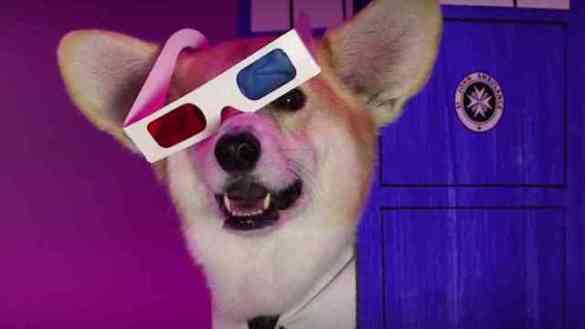 Wally has a natural connection to science fiction. His humans named him after their favorite Disney animated feature film WALL-E. When you've been named after a cute little robot, can stardom be far behind? In this case he is really "Dogtor Who." 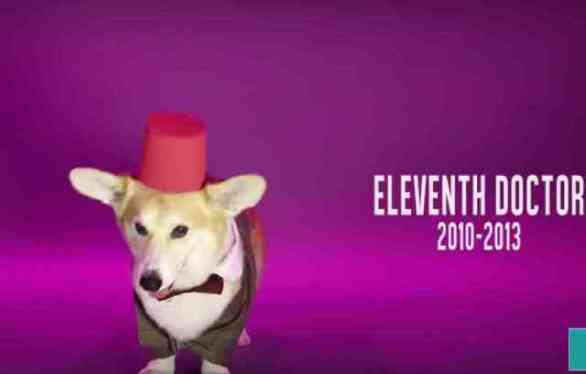 His interests include food, naps, and ripping squeaky toys to shreds. He is a natural ham for the cameras, especially if there are treats to be had. He is also well trained to do a variety of tricks -- sit, stay, down, wait, high five, wave, paw, roll over, bow down, sit nice, play dead, speak, and whisper 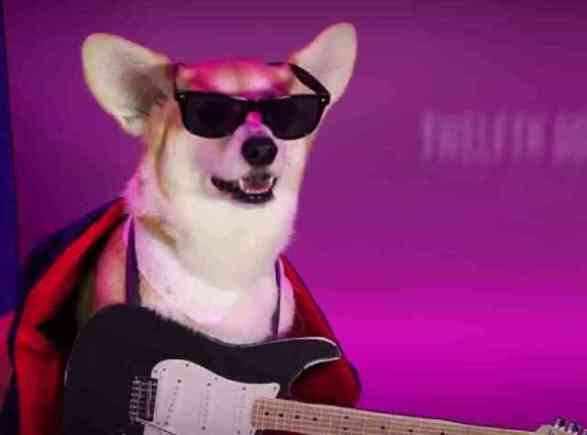 Wally does have something in common with the eminent Doctor (who isn't a doctor, that's his name) he finds a nice bow tie "spiffy." The Twelfth Doctor would always say "bow ties are cool." This cute canine also had the looks to rival even the handsomest Doctor (apologies to David Tennant).

Life as the "Dogtor" was short. He has since moved on to having his photo taken as Marty McFly in "Back to the Future." Woof! That is one busy dog!