Do Giraffes Mourn? The Debate Continues

There has long been a debate among different scientists as to whether
animals have emotions. One of the largest parts of this debate is
whether or not animals have a true "awareness" of death. In a recent
article for 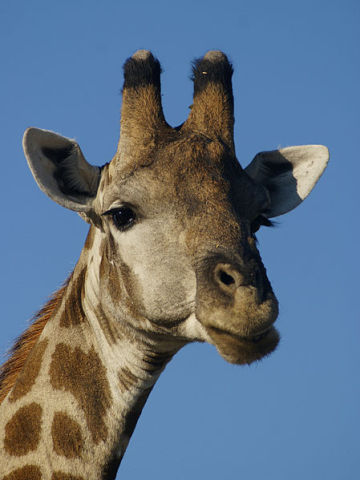 Giraffe (Photo by Hans Hillewaert/Creative Commons via Wikimedia)the African Journal of Ecology, the latest incident of a
female giraffe refusing to leave the body of her dead calf has brought
the debate back to the table.

A zoologist tracking giraffes in Zambia witnessed the giraffe bending down to her baby repeatedly to lick it, even though the calf was obviously deceased. She spent more than two hours alone with the calf.

The finding was remarkable for several reasons:

Aside from some evidence of giraffes having an awareness of death, this incident also demonstrates that giraffe mothers bond more with their calves than previously suspected.

Entertain Babies With Their Own Safari

The "Tag, You're It!" Animal Video of the Day!!!
Comments