Diesel The Cat Finds Love And Fame In New Zealand

Diesel the cat can be found outside the Countdown supermarket in
Rototuna, a suburb of Hamilton, New Zealand, every day. Employees have
provided him with a bed, and food and water dishes at his post. The
11-year-old smoky gray cat is not a stray. He actually lives nearby and
greeting employees and customers at the store appears to be his chosen
hobby. 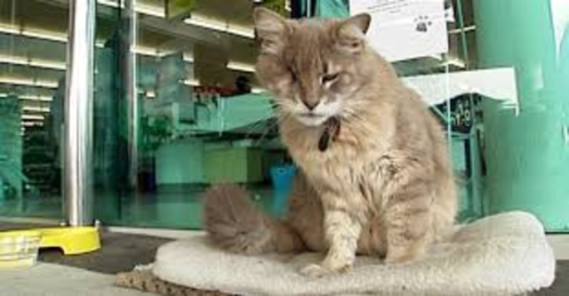 The most distinguishing feature of the beloved moggy is that he only has one eye. He lost the other eye to a glaucoma infection when he was just a kitten. That hasn't been Diesel's only health issue. He also used up a life when he got hit by a car. He has an expensive new hip to keep him going. This should be proof enough that he is a well-loved cat at home.

Diesel's owner is Geoff Hayes and he has spent some serious time trying to turn the cat into a homebody, but to no avail. Diesel unerringly returns to the store day after day to do a meet and greet with his fan club. He also keeps in touch with his fans on his own Facebook page. 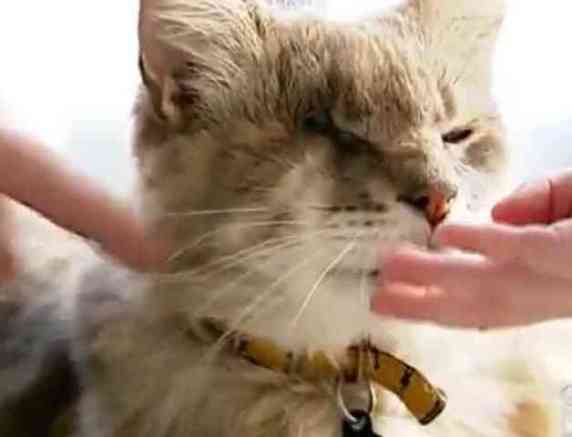 According to store manager Gary Whiteman, "He's here at 4 o'clock in the morning to greet the staff that start early and the cleaners that are leaving at that time will give him some treats as well."

Since Diesel was featured in a news story he has become something of a star. The likes on his Facebook page have increased three-fold. Despite all of this he remains his own humble and loving self.

Since we have reported on a grocery store cat before (Tesco Tabby), it begs the question -- how many grocery store cats are there in the world? When I was younger I worked in an office supply store that had a cat. Is there something about retail that is just attractive to felines? Only the cats know and they aren't talking.

Cats
Cute
Fun
News Stories
Do You Treat Your Pet Like A Person? Take This Quiz
PetsLady's Pick: Cozy Kitty Of The Day
Simon's Cat Has A New Halloween Short Film! The Animal Video Of The Day!!!
This Cat Really Loves Cereal -- The Animal Video of the Day!!!
Comments