Did 'Bird Brain' Da Vinci Get It Wright?

With the new STARS TV show, Da Vinci's Demons debuting this past week, Leonardo Da Vinci's fascination with birds in flight has once again come under scrutiny. Since the series is dubbed a "historical fantasy," there is only so much you can consider as fact. But one thing is certain, Da Vinci invested a lifetime distinguishing avian flight patterns.

Similar to what the Wright Brothers did much later, Da Vinci was the first to study the mechanics of birds in flight. He

Wright Brothersobserved that: “A bird is an instrument working according to mathematical law, an instrument which is within the capacity of man to reproduce with all its movements.” 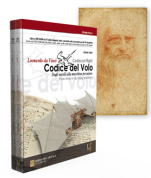 The Codex on the Flight of Birds is a relatively short portfolio of sketches circa 1505 by Leonardo Da Vinci. It comprises 18 folios and is now held at the Biblioteca Reale in Turin, Italy. It begins with an examination of the flight behavior of birds and proposes mechanisms for flight by machines.

His sketches of various flow patterns of airflow around a body represent the first qualitative understanding of experimental aerodynamics. 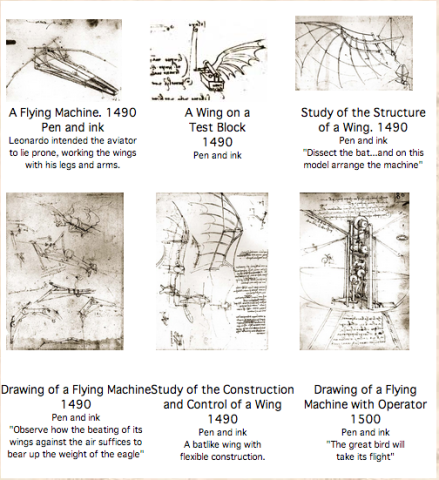 From his observations he came to realize that the up-and-down flapping of the bird’s wings did not contribute much to lift. What the flapping did do was provide thrust for propulsion. He was the first to consider the scientific concept of lift however, where that force would eventually enable a flying machine to fly.

It's been concluded that some of his initial constructs were faulty, as he based them on a high-pressure, high-density region of air formed under a lifting surface (such a bird's wing) that in turn exerted an upward force on that surface.

Later in life, he changed his beliefs on lift to the correct modern concept that its created primarily because the pressure over the top of a wing is less that the pressure on the bottom of the wing as air flows over it. He also noted for the first time that the center of gravity of a flying bird does not coincide with its center of pressure.

He concluded correctly that a flying machine could have fixed wings and have a separate mechanism for propulsion, a thoroughly modern idea that didn't surface again until almost 400 years later when the Wright Brothers created their flying machine.

However by the time Orville and Wilbur commenced construction of their 1903 glider, it's not known whether they had in their extensive library any research on Da Vinci, as a lot of the Renaissance Man's work was unavailable to the public till the early 1900s.

The Wright Brothers most revolutionary contribution which went steps further than Da Vinci was the paradigm of wing warping for lateral control of their flying machine. Their inspiration for this idea as noted earlier came from watching birds -- much as Da Vinci had done centuries prior.

So what came first - the chicken or the egg? In this case, Da Vinci's egg definitely came first -- its just unclear whether the Wright Brothers' hatched chicken came from an entirely different mother? 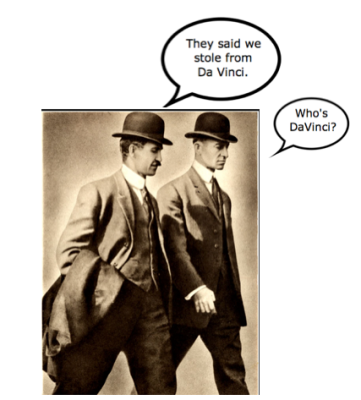