Coors Field in Denver, Colorado was really buzzing today -- really! The Rockies were hosting a rather strange 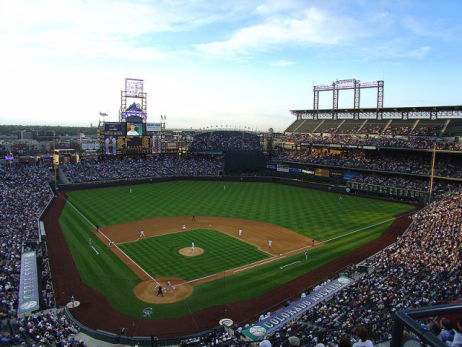 game with the Arizona Diamondbacks in which they gave up nine walks to lose the game 9-7. It was at the top of the fifth inning that a swarm of bees turned up and took up residence on a post in front of a camera bay near the Rockies dugout. When the invasion of thousands of bees occurred, Rockies players made a beeline to the opposite end of the dugout.

The game came to a stop when Diamondbacks first base coach, Eric Young Sr., had to temporarily abandon his position, as did 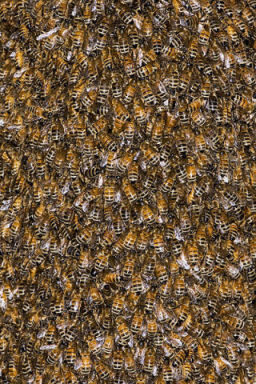 photographers and television cameramen. The game resumed shortly once the umpires determined that it was safe to continue the game. Apparently the bees were Diamondback fans and wanted a front row seat to see them slaughter the Rockies.

During the sixth inning beekeeper David Bower came in and vacuumed up what turned out to be two swarms of bees in his custom-built bee-vac. This special vacuum allows the bees to be collected without being damaged in the process. The bees were quite docile and Bower, though many of the bees crawled on him, was able to move them without getting stung. One swarm weighed about two pounds and the other about a pound and a half.

Bower believes that the bees had been living elsewhere at Coors field unnoticed.  He has taken the bees to a wildlife refuge where it is hoped that they will make themselves to home and make a new bee-ginning.

Briggs' Bees
Will Winter Be Hard? Ask The Animals
Comments