Deer Being Outlawed As Pets In Arkansas

The current law in Arkansas is that you can capture up to six deer and
keep them as pets. As of July 1, 2012, that will no longer be the case
as a new law banning keeping deer as pets takes effect. People who 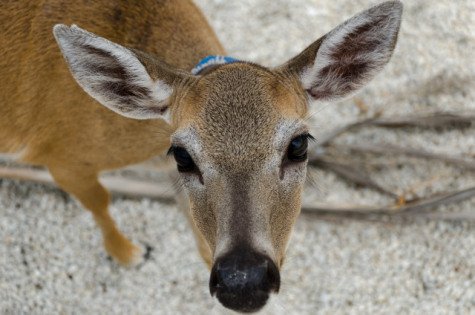 already have deer as pets will be grandfathered into the new law. Only
animals captured after the effective date will be subject to the law.

The law has come about in response to Arkansas Wildlife officials who had been finding pet deer in unsanitary conditions and under-sized enclosures, and some suffering from disease. There have also been reports of humans being injured by bucks during mating season.

The law is also an attempt to prevent chronic wasting disease from entering Arkansas. The disease has been found as close as southern Missouri and southern Illinois. It is already illegal to inport deer into the state.

If having wildlife for exotic pets are your thing, it will still be legal to capture as many as six bobcats, coyotes, foxes, raccoons, squirrels, or opossums to keep as pets.  No doubt bobcats are very cuddly and can be litter box trained.

Exotic Pets
Mammals
News Stories
Wildlife
Alligator Goes To College, Doesn’t Get Past Parking Lot!
Kid Finder Tracking Device - Keep Track of Your Pets As Well As Kids
Mom! There's a Hippo in the House! The Animal Video of the Day!!!

What Strays Will Come -- An Alpaca's Story
Comments