Curiosity got the best of a fox in Hatfield, England.  While meandering
through a construction site at the University of Herfordshire, he got
his head stuck in a hole of a floor board.  He somehow managed to be exploring underneath the floorboards and misjudged the size of the hole he was going to use to get out.  The fox's predicament
made for quite the picture when construction workers showed up for work
that morning. 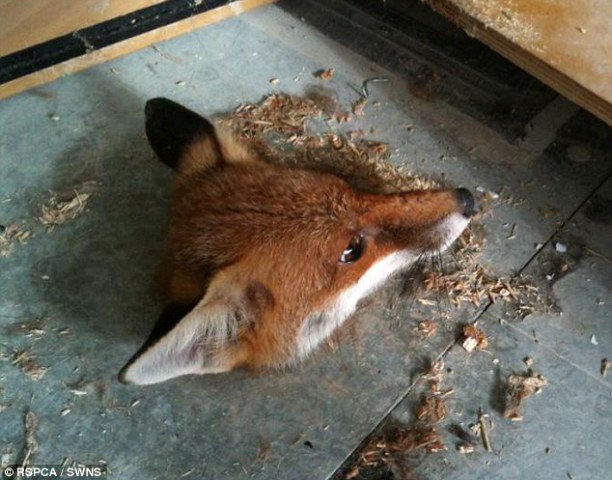 Construction workers were welcomed to work by this odd image of a fox's head stuck in a hole. Photo: RSPCA

The builders unsuccessfully tried to help the fox out of the hole, but ended up having to call animal rescue.  The Royal Society for the Prevention of Cruelty to Animals (RSPCA) arrived to the precarious scene and had a little trouble themselves getting the fox's head out of the hole.  Rescuers had to be careful of the wires and nails exposed in the unfinished construction area while trying to get the fox out of the hole unharmed.  After using a crowbar to move a few floorboards the fox was able to wiggle his way out. 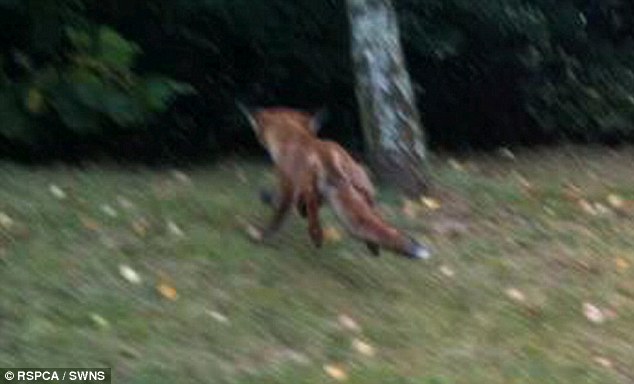 The fox was rescued without injuries and ran off into the woods to go about his day. Photos: RSPCA

Rescuers said the fox couldn't move at all and just sat with a humble look on his face while they tried to set him free.  The fox's neck was a little swollen from being stuck, but other than that they said the only thing harmed was his pride.  After the rescue the fox ran off into the woods and the RSPCA were able to put one more rescue on their records.