When you adopt a pet that has been owned by someone else you never know
what you are going to get. They always bring a piece of their past with
them. When Elaine Sigmon and her husband Don brought Peaches, a Moluccan
cockatoo, into their North Caroline home the got a bit more than they
bargained for when she began to screech and yell, while dramatically moving her head from side to side. 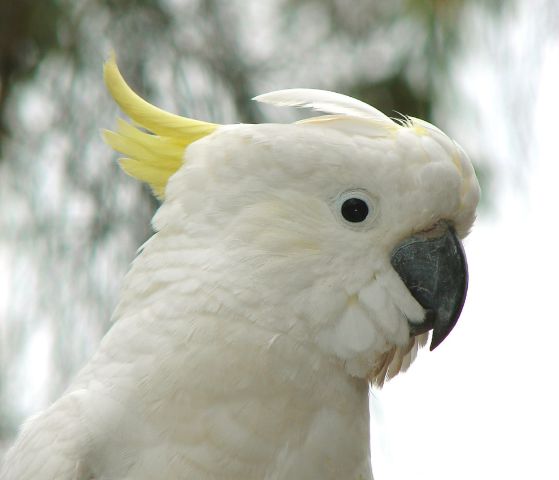 Before she moved in with the couple she had been living with a couple that ended up divorced. Her explosive and possibly expletive-laden tirades appear to mimic some really nasty verbal exchanges. It is hard to know exactly what the arguments were about since Peaches yells it out in fluent parrot rather than English. She will even point her head in a heated fashion that seems to represent the finger pointing that humans do

Peaches engages in these arguments with herself once or twice a day. Fortunately her new human family finds her antics funny and takes them in stride. Hopefully life with them will give her some new, happier chatter to indulge in daily. Perhaps she can do what other parrots do -- like pretending to answer the phone or make toilet flushing sounds.

It sounds like this little feathered drama queen has found a good new home where she can do any healing she may need from her previous experience.

Learn More About The Animals In Your Neighborhood
Comments