Sad news came across Facebook yesterday with the announcement that
popular internet sensation Colonel Meow passed away suddenly this week.
Meow's faithful Slave Beast (aka Anne Marie Avey) has not yet disclosed
the cause of his death stating that she would post more details once she
has had a few days to grieve. Meow's minions around the world are also
dealing with the loss and end of his campaign for world domination. 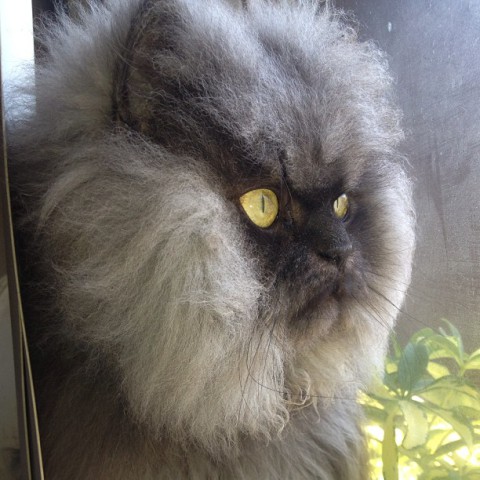 The untimely death of the popular puss on Wednesday night is baffling since he was only a mere two years old. It leaves his fans and followers, whom he referred to as his minions. to wonder if this was an assassination attempt by factions bent on foiling his plans for power. 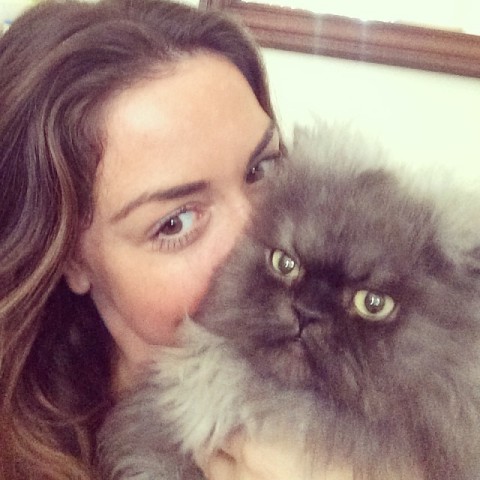 Colonel Meow and his Slave Beast (Image via Facebook)

The truth is that Meow was having heart problems back in November and required expensive treatment. His minions banded together and donated enough money for the treatment. Slave Beast pledged to donate excess funds to help pay for emergency pet care for those in need. The funds were raised using GoFundMe.com.

According to comments on his Facebook page, the minions believe that he will now rule over his enemies in the after-life. 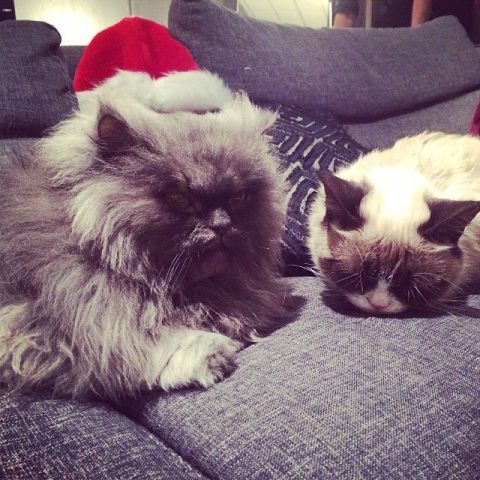 The young feline had already made his mark on the world by being named "Hairiest Cat in the World" by Guinness for his masses of long gray kitty locks. The 2014 copy of the Guinness Book of World Records was just released in September. Meow has also been named the world's angriest cat. In 2013 he was named CEO of BuzzFeed. 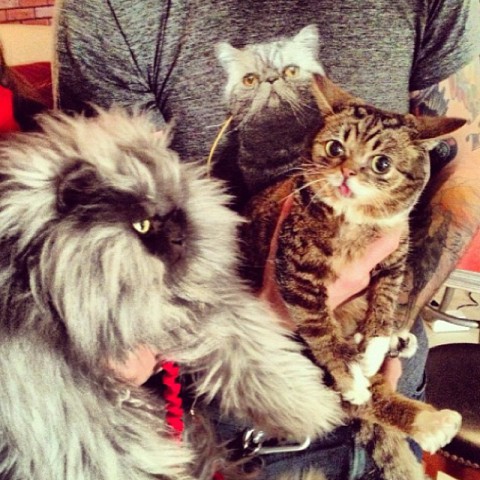 He has dozens of videos on YouTube (see below and laugh your socks off!) and more than 350,000 likes on Facebook. His passing leaves a huge hole in the pantheon of famous internet cats, right between his feline allies -- Lil Bub and Grumpy Cat.

Meow was originally rescued from the side of the road and then adopted by Slave Beast in Seattle. From that time on she was led to fulfill his every whim. Even mountains of love and good vibes, and $20,000 in donations, were not enough to save the puss with imperial passion from health issues that baffled his veterinarians.

It is rare for one so young, and so hairy, to leave such a massive mark on the world -- and he didn't even have to spray! Let us each hock up a fur ball in his memory and hold our own feline masters just a little closer to our hearts. Colonel Meow, we salute you!

Have Yourself A Meowy Little Catmas