The Space Race was a mid-to-late 20th century competition between the Soviet Union and the United States for supremacy in space exploration. Between 1957 and 1975, the Cold War rivalry between the two nations focused on attaining firsts in space exploration, which were seen as necessary for national security and symbolic of technological and ideological superiority. So why over 5 decades later is Iran taking the lead in space travel?

On January 15, according to Tehran's state TV, the rocket dubbed "Pishgam," or "Pioneer" in Farsi, reached a height of 120 kilometers (72 miles), pushing into the threshold of space.

Iranian Space MonkeyThe mission involving a monkey drew historical links to the earliest years of the space race in the 1950s when both the U.S. and the Soviet Union tested rockets with animals on board, including American capsules carrying monkeys and Moscow's holding dogs. Many of the animals on the early flights perished because of equipment failure or technology unable to cope with re-entry from sub-orbit.

Hamid FazeliThe director of Iran's space agency, Hamid Fazeli, said Iran wants to launch its first manned space mission in as soon as five years — a goal that stretches back to the shah's fascination with NASA before the 1979 Islamic Revolution.

The report not only signals Iran potentially taking a lead in the space race, seemingly due to a slow down in the U.S. and the Russian block countries, but also because the West is fearful of Iran's military rocket technology on the ground. Already, conventional Iranian missiles are capable of reaching Israel and U.S. military bases in the Persian Gulf.

U.S. State Department spokeswoman Victoria Nuland said the U.S. had no way to confirm the monkey's voyage, but that it was concerned by the reports because "any space launch vehicle capable of placing an object in orbit is directly relevant to the development of long-range ballistic missiles."

The country however insists it only seeks nuclear reactors for energy and medical applications. But authorities also say there can be no retreat from homegrown technological development in all fields — from peaceful nuclear research to military surveillance drones.

Animals in space originally only served to test the survivability of spaceflight, before manned space missions were attempted. Later, animals were also flown to investigate various biological processes and the effects micro-gravity and space flight might have on them. Six national space programs have flown animals into space: the Soviet Union, the United States, France, China, Japan and now Iran.

However differing from the U.S. and Russia, the Iranians did not give their first space monkey a name. This says something about a country using an animal strictly for biological experiment testing versus caring about its welfare as a live, breathing creature of this planet.

In 1957, Russia on the other hand named their first dog in space 'Laika,' meaning "Barker" who became the first animal to orbit the Earth. On May 28, 1959, a rhesus monkey 'Able' and his compatriot, a squirrel monkey known as 'Miss Baker' became the first monkeys to survive a spaceflight. 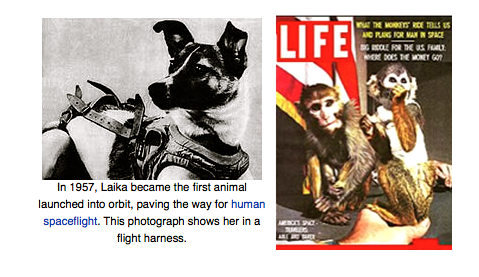 So beloved were these monkeys, that in Huntsville, Alabama there is marked grave site, where instead of flowers, visitors are known to leave bananas. The gravestone reads: "Miss Baker, squirrel monkey, first U.S. animal to fly in space and return alive. May 28, 1959." 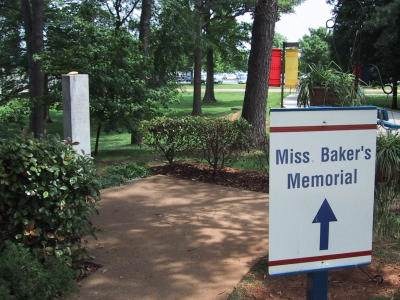 How NOT to Milk a Cow: Animal Video of the Day!
This Horse Is More Than Meets The Eye -- The Animal Video Of The Day!!!

Cheetahs Prove That Cats & Dogs Can Get Along