In Cod We Trust

Recently the Sunday Times started an uproar in Great Britain when it
reported that only 100 cod remained in the North Sea due to
over-fishing. The blokes who actually work in the industry and make
their living fishing were up in arms. Some were just certain that the
Sunday Times had published the gross error on porpoise. The Times did
not clam up, but apologized for the whale of a mistake. 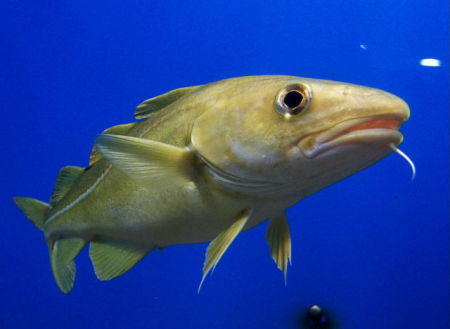 Not to carp on it, but the TImes really misinterpreted the data they were viewing, including using information for cod from a different part of the world.  The article stated that the cod in question were mature at age 13 and lived to be 25. In the North Sea the fish is mature between one and two years old. Cod in the North Sea rarely live beyond 11. Perhaps they need a grouper of fact checkers.

The information reportedly came from the website fishbase.org, which is known for its reliability and has the seal of approval from marine ecologist, Tom Webb. They don't post their numbers just for the halibut.

What the Times was reporting was essentially correct. There are no more than 100 cod over the age of 13 in the North Sea. These would be positively ancient for this type of cod. It is an interesting tidbit of trivia, but more of a red herring than headline material.

While there have been issues with the stock of cod in the sea, their numbers have been on the increase. The actual number of cod in the North Sea is closer to half a billion, at least 21 million of which are mature, adult cod.  That could put the Sunday TImes in the running for the most misleading headline ever.

It was a major setback for the reliability of print journalism. So kelp us cod and no trout about it.