For most of us the first thought we have on the idea of raising
cockroaches as livestock is "Eeeewwww!" In the Western world cockroaches
are something we chase down with a can of Raid and avoid at all costs.
In the 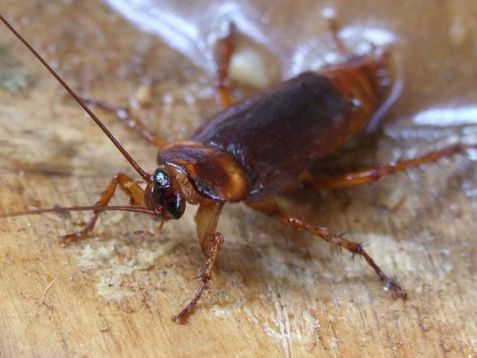 American Cockroach (Photo by Eran Finkle/Creative Commons via Wikimedia)Eastern world the cockroach is used for medicine, cosmetics, and
as a tasty treat. Farmers in China are looking on the insects to make
them some serious cash since the bugs can bring in $20 a pound or more.

Even in China this was not a well-known industry until what has come to be known there as the "Great Escape." A million of the insects were unleashed on an unsuspecting public there when the government demolished a farm building that they said was too close to protected watershed land. Little did they know that the building was where cockroaches were being raised for sale. The government had to help clean up the mess and pay the fledgling farmer $8,000 in restitution.

There are now around 100 cockroach farms in China and that number is swiftly on the rise. This is due in part to the relatively low cost to begin the business compared to the resulting profit. An investment of $3.25 will net around $11.00. The roaches will eat just about anything and are therefore easy to feed. One farmer collects vegetable waste from nearby restaurants to feed his stock. 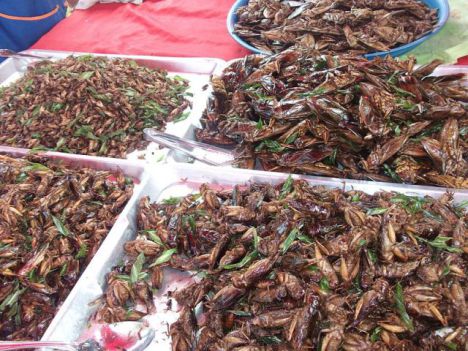 Fried Cocraches for Sale in Thailand (Photo by Vijinathkv/Creative Commons via Wikimedia)The bugs are also easily harvested. They are just scooped or vacuumed into a bag which is then dunked in boiling water. From there they are hung to dry, much the way chili peppers are in the U.S.  And speaking of the U.S., the cockroaches raised on these farms are Periplaneta americana, or American cockroach.

Not surprisingly the farmers who raise the bugs all of the way up to companies who use them in their products keep things quiet. The farmers know that few people would be happy finding out that there was a cockroach farm nearby and operate under what is euphemistically called "special farming." Cockroaches are also not exactly popular among the buying public, so manufacturers also want to keep their use of the insects a company secret.

One of the problems with the emerging industry is that there is no oversight or regulation. The government has given a tacit approval to the farms by essentially looking the other way. If the industry begins to garner too much attention or people begin to start them in residential areas then the government would have to get involved.

Researchers in China and South Korea are looking into using pulverized cockroaches as a treatment for baldness, cancer, and AIDS. They have also published two papers on the anti-carcinogenic properties of the creatures. In a way it is not surprising that scientists would be interested in something that could withstand a nuclear holocaust.

The roach ranchers are hoping that promoting the use of their livestock in fish and animal feed to increase the market. They also report that the bugs are very tasty and want people to start enjoying them as a delicacy.

We are right back to "Eeeewwww!"

Reunion Of Two Circus Elephants Is A Moment To Remember
Comments