Images of a curious curly-feathered chicken from China's Henan province have confused and delighted millions of netizens since photos of the luxuriously-coifed rooster were posted online. Though certainly the result of a chance mutation, the bizarre bird seems uniquely equipped to withstand the chill of an inland Chinese winter. 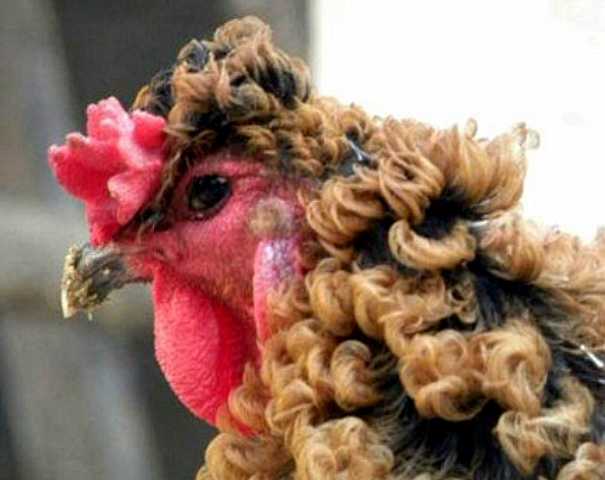 Chickens can sport feathers with slightly curled tips from time to time but this particularly fluffy fowl takes the concept to a new, higher and very much wavier level. Hmm, New Wave Chicken... that would make a great band name, no?

Not only do the barnyard rockstar's voluminous locks rival those of a French Poodle, they could give French King Louis XIV a run for his money. It's good to be the king... unless it's Chicken ala King, of course.

We'd like to think this permed, puffed and poofed trendsetter would earn a reprieve from the chopping block based on its majestic appearance and enjoy a peaceful yet active retirement after being put out for stud. One imagines an entire henhouse of such foxy fowl might bring the farmer a handsome profit at the market: first as plucked poultry like any other chicken, secondly as high-end stuffing for organic feather pillows. (via Toychan.net)