Last Thursday United States Secretary of State, Hillary Rodham Clinton,
put out the call for increasing the fight against poaching and cracking
down on the increasing demands for ivory and rhino horn. At a meeting
of the 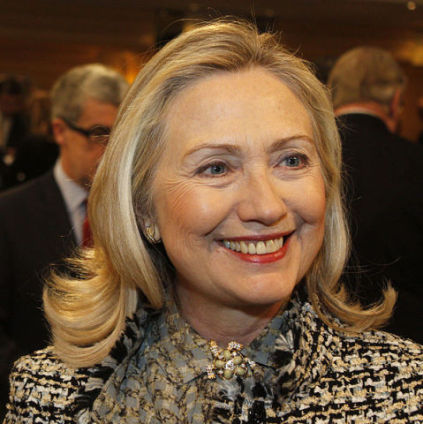 While the past three to four decades has seen declining rates in poaching, new wealth in emerging nations has increased demand in these products again. The poachers are more than willing to create the supply to meet these demands.

The size of the black market in wildlife is reportedly rivaled only by that of illicit drugs and illegal arms. Exotic animal furs, skins, tusks and bones are sold all over the world, but the United States remains near the top of the list of consumer nations. The U.S. is the number two main destination for illegal animal goods.

Clinton pointed out that this is such a far-reaching problem that it will take partnerships with other nations as complex and wide-spread as those we need to take down.

She is also calling for a security assessment to determine the impact of a large-scale operation where poachers, now capable of being more heavily armed with automatic weaponry, night vision goggles, and even helicopters, can cause serious human casualties as well as wildlife damage.