Climate Change May Be Cause For Hybrid Shark

Some shark species may be responding to changing ocean conditions by
interbreeding with one another, say scientists after discovering the
first hybrid sharks in the wild off the coast of Australia. It wasn't
just one or 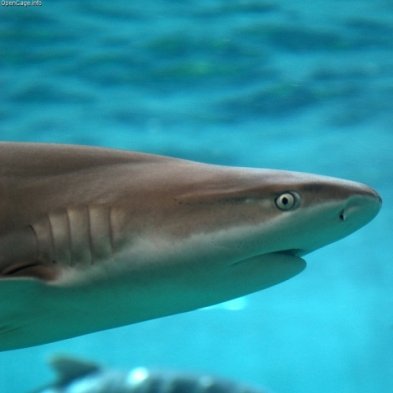 Different species of black tip shark are interbreeding two sharks, but 57 of these hybrid sharks.

To find a hybrid in the wild is strange, and to find 57 of them along 1200 miles of coastline is unheard of. It is believed that this new hybrid shark has evolutionary advantages over its predecessors. They are able to swim a thousand miles further south into colder waters than the Australian black tip shark, which prefers tropical waters. The hybridization not only increases their range in the search for food, it also presumably makes them stronger and better able to handle changes in their environment.

Researchers, who had been studying shark populations along Australia's northeast coast, first noticed that something was amiss when genetic samples were saying that the sharks were from one species, but the physical characteristics were that of another, most notably the number of vertebrae were off. Scientists often use the vertebrae as a method of distinguishing one species from another.

This interbreeding is something that shark biologists had theorized could happen has now been proven with this evidence. The fact that the two species are so similar made the interbreeding much more likely than it would with vastly differing shark species.

Fish
News Stories
Science
Animal Tub Toys For Little Squirts
What's (On) My Line: The Top 10 Weird & Bizarre Fishing Lures
In Cod We Trust
Signs Of Illness In Fish Are Easy To Spot, If You Know What To Look For
Comments