In London the Royal Mail almost became the Grinch that stole Christmas
for one little kitty. His human grandmum had decided to whimsically
send his gift through the post in his name -- Ted Maher-Kirk. The
holiday almost came to ruin when he couldn't produce an ID that said
that he was the recipient in question. Yep. Bureaucracy sucks big time. 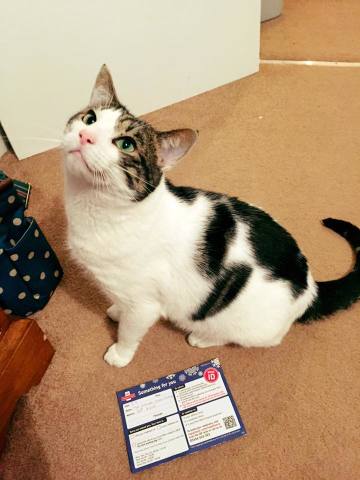 Ted and His Delivery Notice

This cute moggy almost missed out on his special gift due to this bit of red tape. His human mum, Brittany Maher-Kirk, wasn't home when the mail carrier tried to deliver the package. When she took the delivery notice in to pick up the package they didn't accept her explanation of who Ted was and why he couldn't show up to pick up the package himself.

So she called up the post office and explained the situation. Enter the Grinch. Their basic reply was that they were under no obligation to give her the package. Then they suggested that she go to the main depot and explain to them. Great! So off she went, fearing the worst.

Fortunately for Maher-Kirk and the poor gift-deprived Ted, the employees at the depot were much more open-minded and actually got a kick out of the story and got a good laugh out of it. They were only sorry that she hadn't brought Ted with her. She explained to them that he suffers from feline immunodeficiency virus and must stay indoors all of the time. 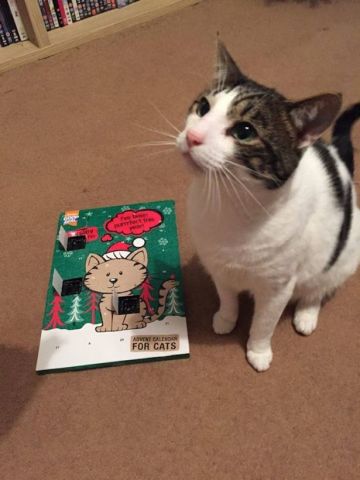 Ted and His Advent Calendar

Maker-Kirk said that Ted now gets excited when she gets out the calendar because he knows a treat is coming his way. What won't we do for our pets?

Merry Christmas to all and to all a good bite!