Even though it’s distinctive song tipped researchers off back in May, 1992, the elusive Sichuan bush warbler has 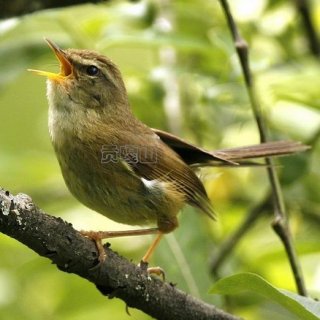 hid its identity for over two decades. This shy bird also known by its’ breed name of ‘Locustella chengi’ (honoring the late Chinese ornithologist Cheng Tso-hsin) has been successful in hiding from the gazing eyes of humans.

However it’s distinctive insect-like song did attract the ears of an international team of Chinese and American scientists who reported their findings this month.

“The Sichuan bush warbler is exceedingly secretive and difficult to spot as its preferred habitat is dense brush and tea plantations," said Pamela Rasmussen, professor at Michigan State University.

"However, it distinguishes itself thanks to its distinctive song that consists of a low-pitched drawn-out buzz, followed by a shorter click, repeated in series," she explained.

Breeding in the mountainous region of the Sishuan Basin at 1000-2300 meters elevation, the research team was able to conduct extensive analyses of the bird’s DNA, physical measurements, plumage color and vocalizations, which confirmed their hunch that this is indeed a new bird species to science.

While the bird may be elusive, it is common to China’s central region and doesn't show any signs of being under any imminent threat from predators or that it might be classified as an endangered species.

Both warblers can be found on some of the same mountains — however when they reside together, the Sichuan bush warbler prefers to live at lower elevations - again supporting the fact that this bird prefers to sing alone.

Coupled with being found in the same mountain habitat, the two warblers also are close neighbors in terms of genetics as well.

Analyses of mitochondrial DNA show that the warbler species are closely related and are estimated to have had a common ancestor around 850,000 years ago, the researchers noted.

According to a Guardian report, song is an essential component of communication in birds. They use it to maintain their breeding territories, to advertise their overall fitness, and to attract mates.

Since female songbirds choose their mates based on their songs, ornithologists are investigating how female choice influences the evolution of male song. These two, nearly identical, species that inhabit distinct niches and produce distinct songs could provide more insight into these two intersecting processes. 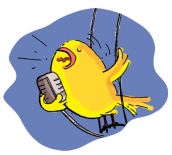 Comforting to know that while many folks will never spot or hear a Sichuan bush warbler in their lifetime — that this planet has more secrets yet to unfold, if you can just put an ear to it.