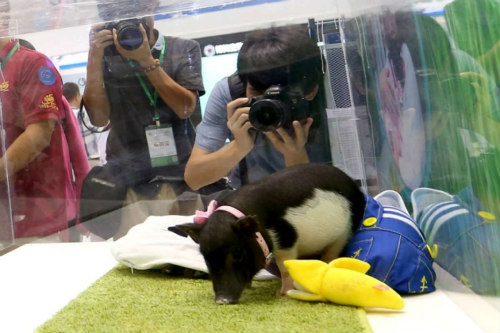 Fans of pot bellied pigs and tea cup breeds have got something to look forward to. According to recent reports, Chinese scientists have been using cutting-edge genetic techniques to create what they're calling micro pigs.

These genetically altered pigs will be approximately 50 percent smaller than their unaltered counterparts. While half the size is quite a reduction, a micro pig it is not.

For decades the public has labored under the illusion that pot belly pigs stay small. Some breeders and sellers of these animals even go so far as to call them miniature or tea cup, yet they're not and there's no such thing and there never has been — until now.

Don't get me wrong. Other than in infancy, tea-cup-sized pigs they will still not be. But it is estimated that these genome modified pigs will eventually only grow to be the equivalent of a medium-size dog at maturity. That's still a significant downsizing when you consider adult Vietnamese pigs can be anywhere from 100 to 250 lbs. and not be considered overweight.

By pig standards, this is still technically considered to be a miniature. That's because domestic pigs can reach between 500 and 800 lbs. or more after reaching adulthood. While pot bellied pigs can get up to 250 lbs., the average weight seems to be between 120 to 150 lbs.

On September 23, 2015, at the Shenzhen International Biotech Leaders Summit in China, Bejing Genomics Institute (BGI) announced it would begin selling the genetically altered pigs as pets. They were originally created as lab animals for use in studying diseases in humans, and it's possible some will remain for that purpose, but the institute has decided to make them available for sale to the public.

Wise move on their part, considering BGI will be getting $1,600 a pop for the porkers. That's roughly $50 a pound, if you take into account that they'll weigh in between 30 and 33 lbs. full grown — and that's if they're not overfed. The revenue generated from the sale of these mini pigs can help pay for so many more investigational studies to improve the human condition. 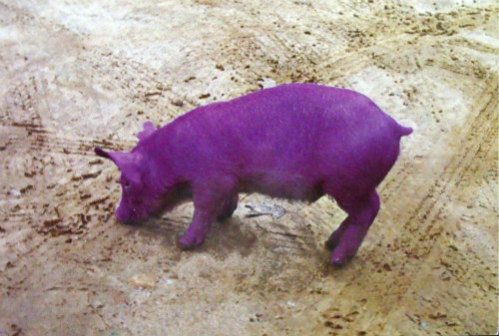 Can we get one in purple?

If the price and size hasn't discouraged you and you still want to buy one, there may be a better reason to wait. First off, BGI initially set the price of the pigs to test the waters on market demand. There has yet to be any definitive word on when these designer pigs might begin to ship or how expensive they will eventually be.

If you're patient and can wait a bit, you might be able to get an even cooler genetically modified pig. That's right. Scientists at BGI have reportedly told Nature that they are in the process of working on ways to actually customize pigs to accommodate customer requests as to coat colors and patterns.

They will in all likelihood continue to experiment with size, so you may be able to get a tinier pot bellied pig, too, if you can hold out a little while longer.

There is one other reason it would probably be prudent to wait, and that is that cloned and genetically engineered animals are well known for having been documented with health issues and shorter lifespans.

If the prices don't come down and the life expectancy is short they'll lose a lot of their appeal, even with novelty shoppers. Only time will tell what the fate of the micro pig will be.

What do you think? Would you buy a designer pig?

Your Dog Needs A Leotard! Wait! What?

Urban Coyotes: Out Of Control In Colorado Community
Comments