A lighthearted research study revealed that if a robot makes an effort to communicate with chimps, that the chimps will accept their mechanical friend as one of their own. Adorable story, or sign of the cyber-ape apocalypse? 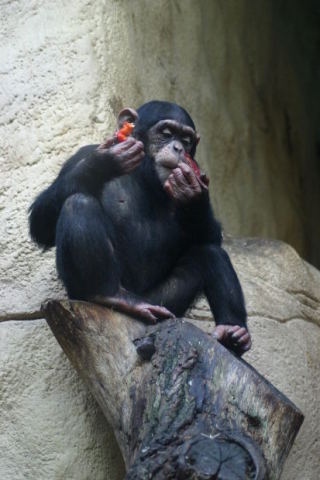 Robota, the 18 inch tall baby doll-like robot was shared with a troop of 16 chimpanzees by the United Kingdom’s University of Portsmouth to see how they would react to the machine’s efforts to communicate with the apes. Before the chimps had a chance to meet Robota, all of the primates watched a human interact with the droid first. 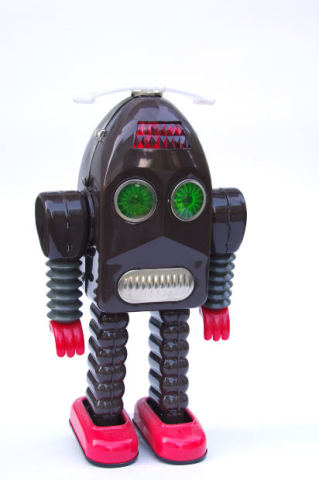 Robota is MUCH cuter than this robot...

When Robota swung her arms and made chimp-like noises from the speaker imbedded in her chest, the chimpanzees became very receptive to their mechanized guest. Some of the chimps tried to share their toys with Robota, while others clearly wanted to converse using a specific series of both gestures and vocal cues. For example, one of the apes clearly laughed at Robota while making the chimpanzee gesture that roughly translates to “play with me!” That said, the chimps lost their interest if Robota began moving and sounding like a human! 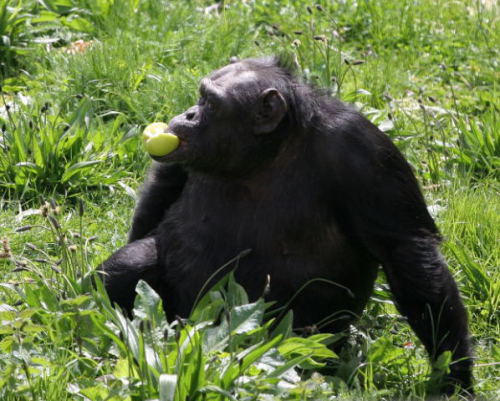 This successful experiment shows that chimpanzees have a desire to communicate, make friends, and intermingle with other non-chimpanzee beings. If anything, Robota’s playdate reveals that chimpanzees are every bit as intelligent, curious and empathetic as we give them credit for. Remember people, no matter how cute this story is, I warned you all about the Ape-Robot uprising!