April hasn’t been too kind to a pair of Indian zoos, as a pair of dangerous endangered animals made a break for it over the past month. 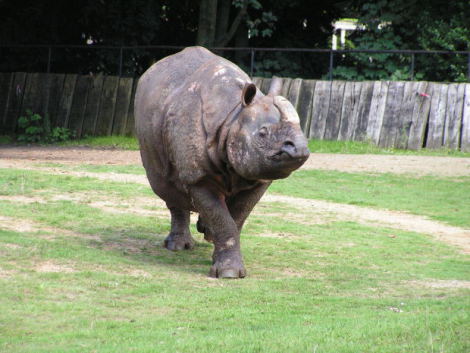 Let’s start at the Indira Gandhi Zoological Park, where a male Indian rhinoceros named Nakal broke through the reinforced gate in his enclosure’s moat on the 12th. Nakal was a new addition to the zoo and was being kept in a separate “night house” to help the 12 year old rhino to get used to his new home. Early that morning, a guard heard Nakal smash through the makeshift stable and ran to discover that Nakal had also broken a gate separating him from the visiting public. As the zoo quickly evacuated its patrons, Nakal calmly settled into another nearby mud hole. Nakal was tranquilized and moved to a more secure location, and thankfully visitors only suffered minor injuries as they fled from the rampaging rhino. 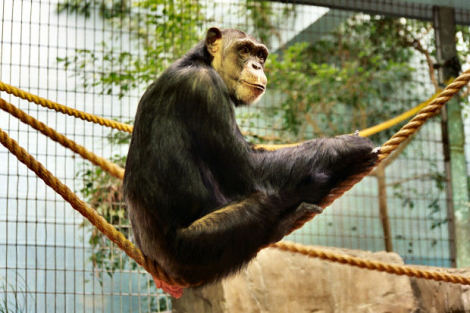 About two weeks later in the Hyderabad Zoo, a female chimpanzee named Suzi managed to stretch her lanky arms between the bars of the entryway to her enclosure to remove the bolt, nut and latch from the door. Unfortunately, Suzi bolted to the food court and savagely mauled three of the zoo’s employees before she was tranquilized and taken back to her enclosure. All three workers have been discharged from the hospital and Suzi was unharmed in the incident.

Zoo animal escape attempts can happen at anywhere around the world, but it’s just bad luck for these two Indian parks!