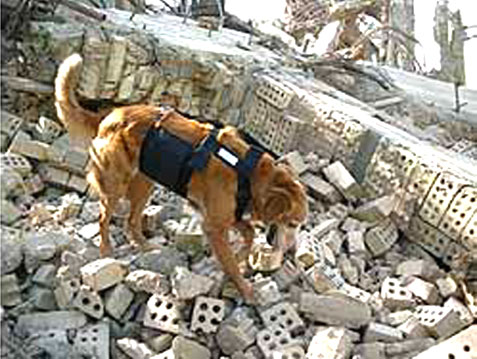 Military Working Dogs (MWD) are often on the front lines with our troops on the ground in Iraq and Afghanistan. They have saved countless lives by locating explosive-laden vehicles, improvised explosive devices (IED) and weapons caches intended for use on U.S. troups. Chilly Dogs are now helping MWDs protect our troops.

Chilly Dogs are the brainchild of Glacier Tek, Inc., the company that invented the RCPM® Cool Vests for military, fire, and other professionals who work in high temperature environments. One unique aspect of the patented Cool Vest is that the coolant is non-toxic. Glacier Tek's Chilly Dogs are not only non-toxic, they are completely edible, so if a dog decides to eat it instead of wear it, the contents will not harm him in any way. If he does decide to give the vest a chomp, it will probably be his most expensive meal, as the Chilly Dog costs more than $200.

Ray Booska, CEO of Glacier Tek, says the company committed to creating the dog vest after a soldier's mother sought assistance for helping her son's MWD stay cool enough to do his work. In Iraq, where temperatures are well over 100, MWDs can sometimes only work for one to one-and-a-half hours before heat exhaustion sets in. Chilly Dogs double the work time before the vests need re-chilling.

After Chilly Dogs were produced, Ms. Starline Nunley, who originated the call to Glacier Tek, was able to get the support of friends at the Gem City Dog Obedience Club in Ohio to donate the first vests and the group gathered other donations. Now Gem City, Glacier Tek, Doggles® (dog goggles manufacturer), and Muttluks® (maker of protective boots for dogs) have joined together to sponsor the Military Working Dogs Cooling Vest Project, a non-profit group that solicits donations from the public to help MWDs. 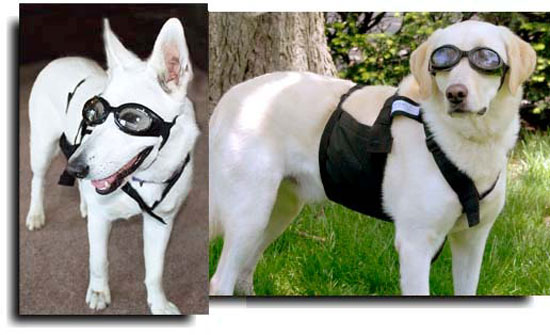 The protective packages for dogs include the Chilly Dog vests, two cool packs for the vests, Doggles, Muttluks, a water bowl, and a toy and cost more than $300. The sponsors are donating their products at cost, but funds are needed to pay for them. There are 300 dogs in 45 kennels in Iraq alone. To learn more or to make a donation, visit SupportMillitaryWorkingDogs.org.

related read for your own dogs and cats: 10 Hot Products To Keep Your Pets Cool