Chickens Are More Useful For Fire Safety Than Cats

It was not a fire alarm, a fire siren, barking dogs or even the meowing of his cats that saved Dennis Murawska and his wife from a house fire in late December. Instead, it was a "cluck cluck cluck" sound that they had both come to know rather well. 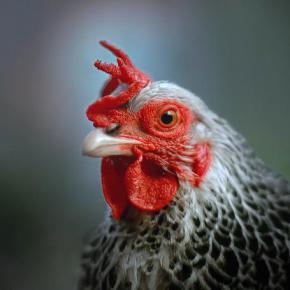 Cluck cluck cluck (translation: FIRE!!!)The clucking noises that stirred Dennis awake before the fire grew too powerful to escape came from their pet chicken. Aptly named Cluck Cluck, the chicken stirred them awake at 6:15 from its cage in the basement. Meanwhile, the Murawska's two cats did nothing to help.

This act of rescue might have been an act of thanks in a way. Cluck Cluck was taken in by the Murawskas after a neighboring farmer gave them the chicken for meat. Dennis could not kill the chicken though, as he felt bad for it due to Cluck Cluck's deformed foot. Instead, they took him in as a pet. Cluck Cluck usually stayed outside, but the Murawskas grew so attached to him that they began bringing him into the basement on colder nights.

Even the firemen were baffled at the story.  While the Murawskas lost their entire house in the fire, their lives were spared thanks to Cluck Cluck's clucking.