Of all of the ideas out there for helping wild animals this one may be
the strangest one ever. The Phillip Island Penguin Foundation has been
using sweaters to help penguins recover from being caught up in an oil
spill. There is a little controversy over this plan as to whether or not
it is really necessary. 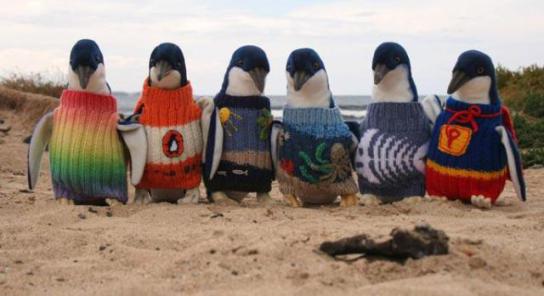 Phillip Island is located about 87 miles southeast of Melbourne in Australia. The western and southern coasts of the island are part of a protected area for birds.

When penguins get caught in an oil spill their feathers get coated in the oil. This makes the feathers unable to function properly to repel water and maintain body heat. Rescued birds are taken in and washed thoroughly in warm water, often with Dawn dish washing liquid, to help remove as much of the oil as possible.

So what is the deal with the sweaters? Since these birds live in the coldest climes in the world, they are used to bitterly cold temperatures. So there is reportedly a limited amount of help in that way. However, according to the Penguin Foundation, the birds can die of exposure. 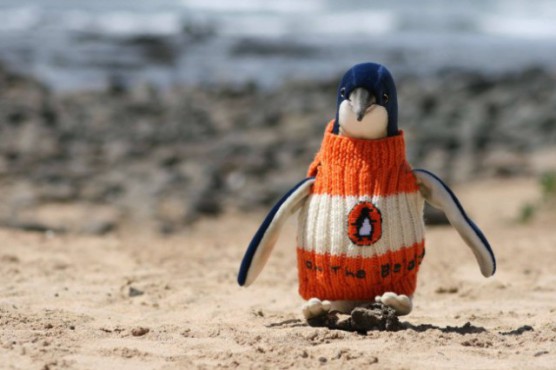 The major reason for the sweaters is actually to keep the little blue penguins from preening their feathers so that they don't ingest the oil. Even a small amount, the size of a thumbnail, can kill.

The sweaters are temporarily worn by the penguins immediately after they are rescued and before they are washed. This increases their chances of survival. 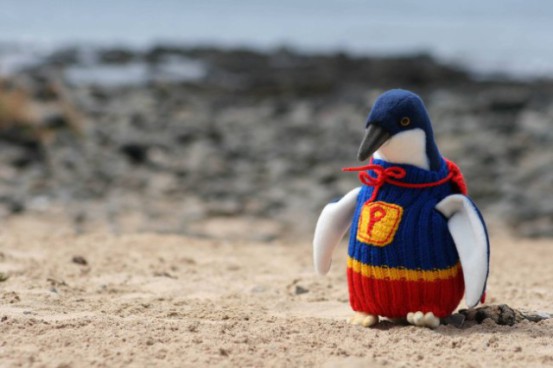 A few years ago a call went out for volunteers to knit the sweaters and they started coming in from around the world. A group called "Knits for Nature" was formed.

Before you get out your knitting needles you should know that this is one of those stories that have captured so much attention that there are now more than enough sweaters for oil soaked penguins being rehabilitated on Phillip Island. There are so many donated sweaters that they have had to come up with another plan for them. 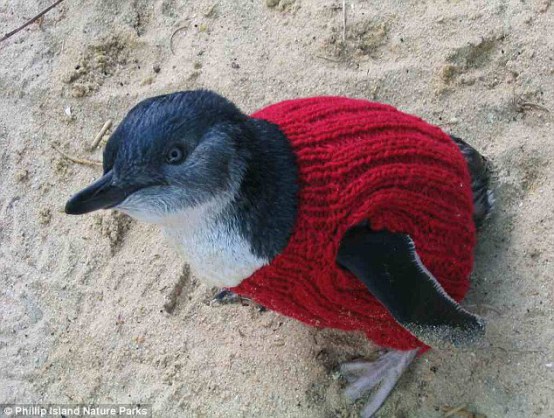 The Penguin Foundation sourced a place to have life-sized plush blue penguins. The toy penguins are dressed in the sweaters and sold to make money for the New Zealand Forest & Bird charity. If you want to help out the penguins and other wildlife Down Under, then buying one or more of these little penguins would be a great way. To check out these delightful toys, click here.

If you are still curious about the knitting pattern, click here.

To learn of other ways you can help penguins, click on the Penguin Foundation link below.

Microchips: Don’t Let Your Birds Fly The Coop Without One
Comments