Vending Machines: A Caveat On Caviar

Caviar is one of the most expensive and coveted animal food products on
the market today. Though it started out historically as a peasant food in Russia in Medieval times it eventually become the delicacy of kings. Now 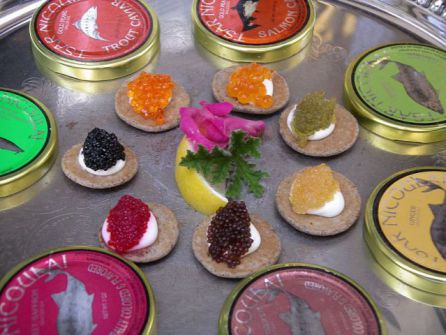 Six Kinds of Caviar (Photo by T Chu/Creative Commons via Wikimedia)
this tasty delicacy is going to the mall and may already be in a vending
machine near you.

While the name caviar originally referred just to the salt-cured roe
(eggs) of the sturgeon, it may now come from a number of different fish
-- or even snails. Though preserved in a salt brine, caviar has a very short shelf life. That would seem to make it an odd choice for vending machine merchandise. Most vending machine taste treats could out last the century.

However, these vending machines are not for the 99%, they are for the 1% who want to be able to grab their 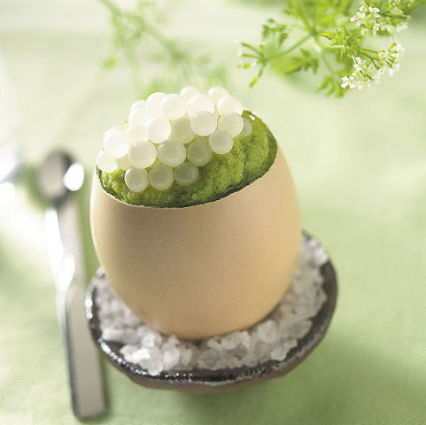 Caviar D'escargot (Snail Caviar) (Photo: Crative Commons via Wikimedia)delicacies on the dash. Beverly Hills Caviar has put their vending machines in several malls in the Los Angeles area to service high-end foodies in the metro area. Don't take a bunch of quarters though, with prices up to $400-$500, it would take forever to feed the machine, not to mention the resulting hernia from their weight of the quarters.

In addition to caviar, the machines also offer such delicacies as escargot, truffles, and bottarga. Bottarga is a slab of fish roe that has been salted and cured.

In terms of marketing there is still one huge question -- will gourmet foods really integrate into the vending machine model that has traditionally belonged to the candy bar and chips crowd? And what happens if the machine malfunctions (as they so routinely seem to) and won't cough up your $400 an ounce nosh?

Reversing The Import Of Elephant Trophies Is Based On Conservation?
Comments