Cat Shaming: Isn't That An Oxymoron? 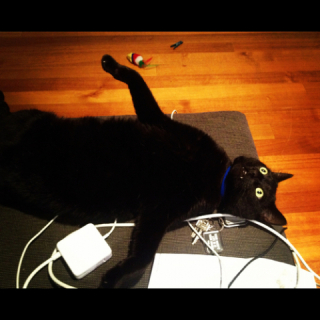 Cat Shaming, 'No, you are NOT leaving this house.': image via catshaming.tumblr.comNot to be outdone by Dog Shaming, Cat Shaming is another Tumblr site that collects pet shaming photos and videos. Cat owners post signs or captions about why their cats should feel shame, but the attached images belie the statements.  Even if dogs pretend shame just to placate their owners - Who can punish such a sad-looking dog? He knows he did wrong. - cats are not shamed, nor do they know how to pretend to feel shame. Nevertheless, the opportunities are there to create some fun images and captions at Cat Shaming.

Cat Shaming's a new social media site for those whose cats deserve to feel ashamed even if they don't.  Like Dog Shaming, it's not about abuse.  It's about playfully pairing a photo of your cat with a sign that says why she's a bad cat and deserves to feel shame.  Very few cat images look like the cat is even aware of having done anything, but they're cute!

Here are some I thought were fun! (Captions are mine.) 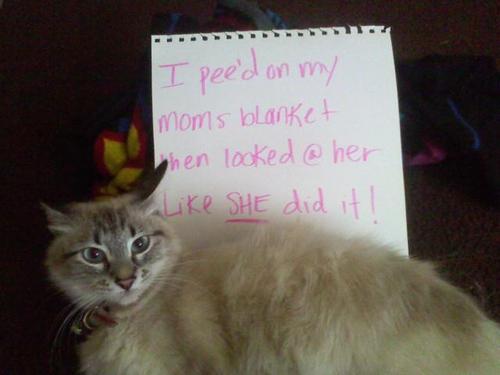 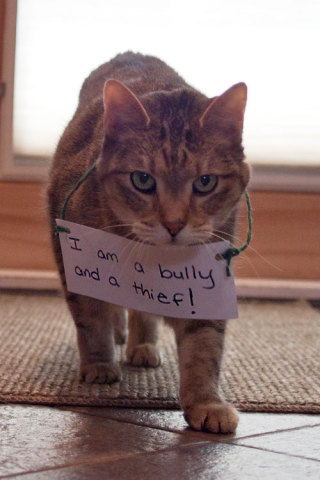 Cat Shaming: 'Just being me!': image via catshaming.tumblr.com 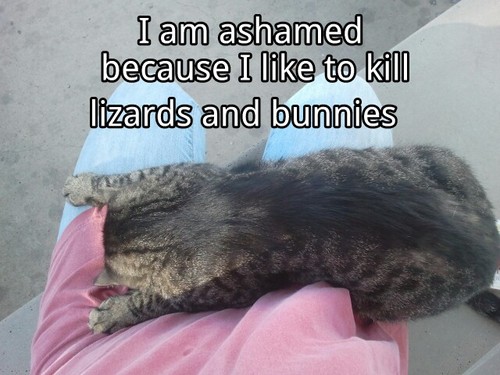 4. How could this innocent cat... Wait a minute, there's no such thing as an innocent cat! 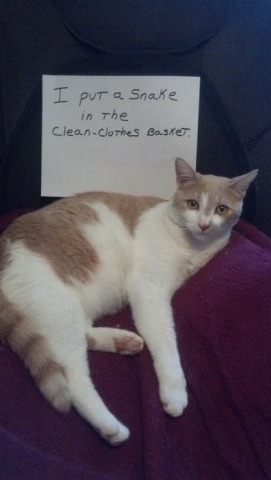 Cat Shaming, 'I should have put it in the DIRTY laundry basket': image via catshaming.tumblr.com 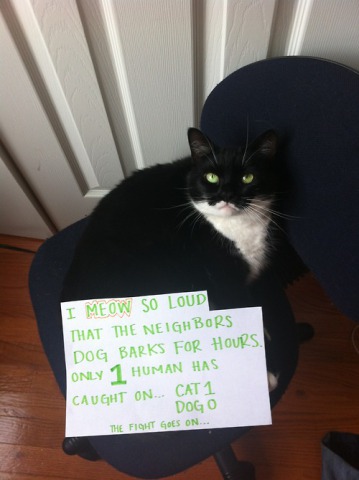 6. Here's a cat who won't let his 'mum' do anything that takes attention away from him.... 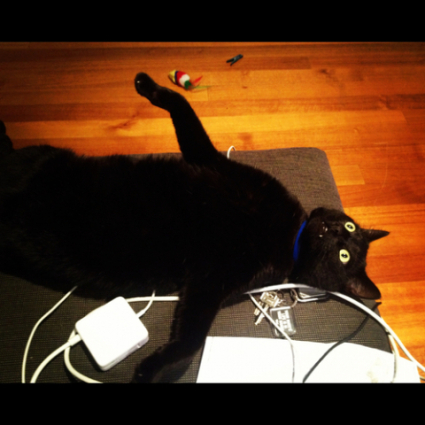 Cat Shaming, 'No, you are NOT leaving this house.': image via catshaming.tumblr.com

Cat Shaming and Dog Shaming are both super sites to experiment with photography and captions. Exercise your humor and your creativity.  (See: Dog Shaming Without Guilt: New, Fun Social Media For Frustrated Dog Owners)

OPPO FabCat Tunnel Is Too Good Tube Be True

There's Nothing Like A "Fraidy" Cat For Halloween
Puss in Boot -- The Cute Animal Video of the Day!!!
PamperYour Pet With A Red Furrari Pet Bed
Comments