The Cat Man And His Flying Cats

If you find yourself heading down to Key West on vacation there is
something you have just got to see -- The Catman and his Flying House
Cats. They perform for the crowds each night at sunset. Contrary to what
just about everyone will tell you about cats, they CAN be trained to do
all sorts of things. For Dominique LeFort they will literally jump
through hoops -- even if the hoops are on fire. 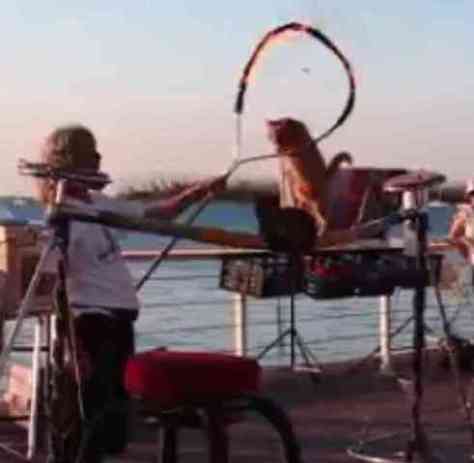 People gather at Mallory Square each evening to partake of one of the most unusual animal acts around. It isn't just the bevy of cute kitties who are happy to entertain, it is the performance of Dominique himself. While putting the cats through their paces he keeps up a humorous patter with heavy, often undecipherable, French accent. The cats climb ropes, walk tightropes (or is it a thin balance beam?), jump from one platform to another over Dominique's hand, or do an intricate walk with him while weaving through his legs seamlessly.

Dominique will get the audience involved and have the cats leap over the backs and heads of children. He humorously reminds the cats not to groom during a show and will tell them to remember their lines when they are taking a moment to ignore him (they are cats after all). 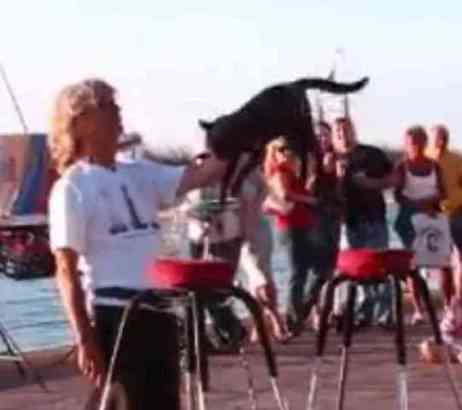 The Catman And One Of His Flying Cats (You Tube Image)Don't go calling PETA on him. These cats are happy campers as they work with their human dad. Dominique reassures them when they need it and will even stop for kitty kisses from time to time. The cats will occasionally even take a moment to throw themselves on the ground for a happy roll in front of the crowd. Dominique is devoted to his cats and they are his family.

Dominique uses the natural behavior of cats to train them. He employs the same techniques that mother cats use to train their kittens, so the process is very organic for the cats. Many of his cats come from the ranks of the strays for which Key West is well-known. They seek him out on their own, as though the word of this crazy Frenchman gets out among the cat community.

Cats are not as aloof and solitary as many people believe that they are. They are actually very social creatures and 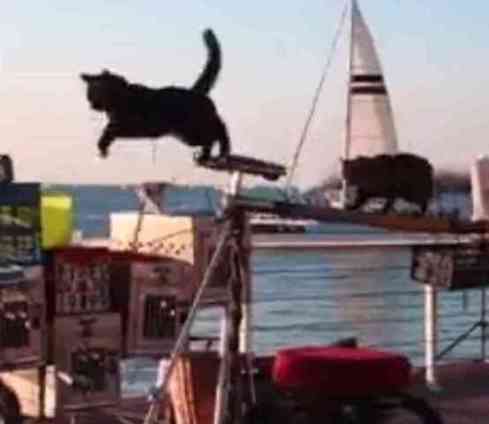 The Catman And His Flying Cats (You Tube Image) show time for them is more time to spend with their human dad, even if there is a crowd of people watching. Dominique makes sure that the cats understand that he is in charge of the situation and that he is there to protect them. He starts each show by establishing the territory for him and the cats and making a big deal of it so that the cats know where they belong and so does the audience..

When they are not performing, Dominique spends most of his time with his cats. They do a fair amount of training, of course, but he also cultivates his relationship with the felines with play and just hanging out together.

There is no need to tell you not to try this at home. Without possessing Dominique's cat skills your cat is likely to just stare at you like you have lost your mind. You will probably remain in the zone where you are just happy that your cat knows how to use the box and will occasionally come when called.