Cat Delays Train After Making Tracks For The Roof

It wasn't exactly a Great Train Robbery but a Japanese train was held up – for 19 whole minutes – by a cat who just wanted a warm place to chill out. Surprisingly (or not, as the incident took place in Japan), the critter's leisurely rest atop one of the train's cars left passengers amused on the one hand, tweeting with the other. 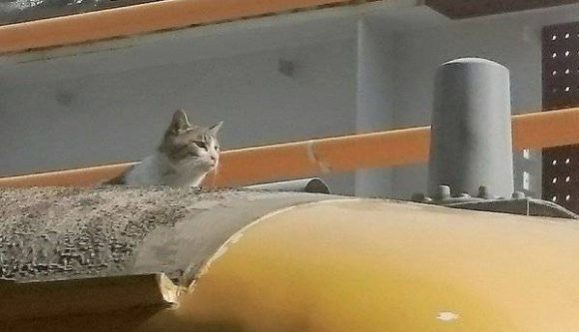 The minor cat-astrophe took place at the JR (Japan Railways) Hiroshima Station where an eight-car train of the Sanyu Line was preparing to continue its morning run from Shiraichi Station to Iwakuni Station in neighboring Yamaguchi Prefecture.

At approximately 8:35am on April 12th, 2016, the train conductor noticed a cat sitting serenely atop the train's fourth car. Immediately, he alerted the station's staff to the nature of the situation by announcing “We've got a cat here,” and shortly thereafter, an announcement came over the train's PA system stating “There's a cat on top of the train, and the driver is now investigating out the situation.” 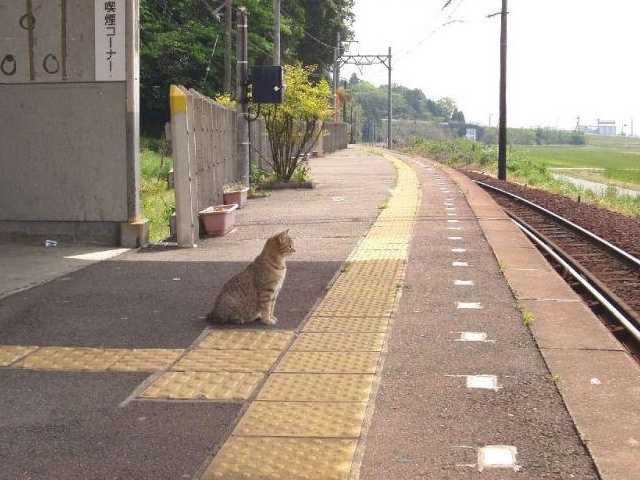 Of course the passengers were furious at the delay and, er, actually it was just the opposite: when a photo of the cat resting atop the train LIKE A BOSS was posted to Twitter, it was re-tweeted more than 1,500 times. Comments accompanying the pic translated to “Passengers inside the train erupted in smiles”, “How can you get angry at this?,” and “This is just such a peaceful scene. It made me feel really calm inside.” Hey, it sure beats working!

Responding to media questions about the incident, a West Japan Railway Co. spokes-person from the Hiroshima branch office answered, “I guess the cat didn't hear the message from the train station giving instructions to stay behind the white line.” Yeah, cue the cat-calls. In any event, train station employees managed to cajole the kitteh off the train's roof and back to the station platform where, after posing for a post-nap-snap, it sauntered off in search of a more inviting crash pad. (via Mainichi News)

Would You Move For Your Dog? Here Are 2019's Top Places For Dogs To Live
The Hunting Island Mystery Of The Green Turtle