Shelter dogs are often overlooked when folks are in the market for purchasing a pet. Dogs that have been abused, abandoned or just forgotten are often overlooked. However for those living in New Zealand, a few of these pooches have had a second chance at not only living the good life, but also one where they can be recognized for a whole new skill set.

Every year, the Society for the Prevention of Cruelty to Animals (SPCA) maintains a mandate to find homes for thousands of mongrel muts. In New Zealnd, the Auckland SPCA hopes to dispel the idea that abandoned pet are second-rate, or lack the intelligence of pedigrees. The chosen ones -- Porter, Ginny and Monty have been trained to do something even some adults have shied away -- namely, learning how to drive a car.

And not just any car. The British-made Mini Cooper Countryman was selected when the auto company customized their rigs with paw-activated accelerators and brakes, so the canines could actually reach the pedals. 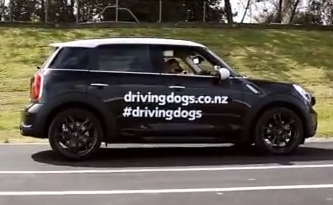 The head driving coach, Mark Vette, a professional Animal Psychologist, Zoologist and Director of the team designed a driving simulator to use indoors to teach these canines the basics -- how to stop and move forward. 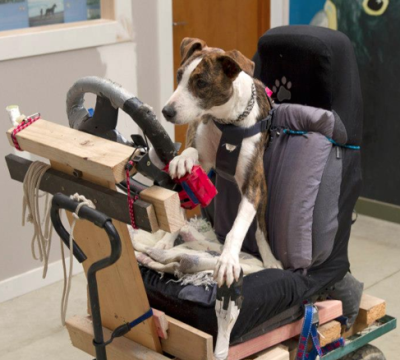 And on December 10, 2010, Porter took off on his first official test drive.

These Auckland SPCA dogs may be a motley bunch, but they're all smart and extremely lovable. Porter, Ginny and Monty were still available for adoption at the time of this posting. Perhaps you might be interested in adopting one of them, if for no other reason, than to have a chauffeur when you need one! 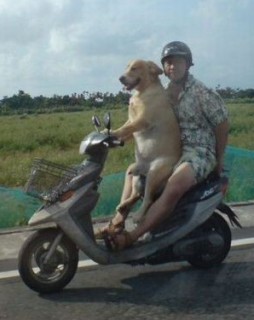 This Bird Sings Better Than I Do -- The Animal Video of the Day!!!
Stallone Sold Dog For $50 [then] Gave Him Starring Role in 'Rocky'
Comments