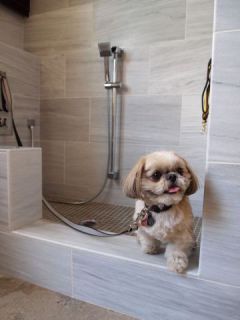 Pacific Homes. This construction firm is believed to be the first to build and sell houses with 'pets suites' as an option, giving a whole new meaning to the term, "doghouse."

That's right -- if you're looking to purchase, 27 out of SPH's 190 developments from Florida to California come equipped with quarters especially designed for your pooch.

The most lavish suite is approximately 170-square feet and includes a step-in wash station, handheld sprayer and leach lead, in addition to a designated drying area with a commercial sized pet dryer. Other amenities include a water station, automated feeders, good-size bunk-style bedding, toy box area, a stackable washer and dryer, a flat-screen TV and even a French door that opens out to a puppy-run area in the yard.

This all makes good sense and financially it's a sound investment for the construction firm, as the American Pet Products Association reports that 68 percent of Americans own pets and contribute to an industry worth more than $55 billion annually.

Standard Pacific, based in Irvine, decided to offer pet suites after conducting livability studies with 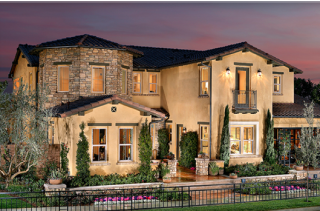 homeowners. "Pets were a constant theme," said Jeffrey Lake, vice president and national director of architecture for Standard Pacific. "Devotion to pets is second-to-none," he added. "They are family."

During several of the model grand openings at different communities, "some of the potential buyers brought their dogs to look at the homes," said Danielle Tocco, the company's director of communications.

And for those who did not already have a dog, "pet adoptions were also held at some model grand openings," Tocco added.

For those families who prefer cats to dogs, felines were also given some consideration. For cat owners, things can be rearranged and swapped out, like a scratching post in place of the dryer.

Standard Pacific Homes’ newest community — Avignon at Blackstone in Brea — features homes that start at $710,000, with appointments that include the pet spa option adding about $35,000 to the price.

Melanie Dean, who lives with her family in a Standard Pacific home near Dallas, purchased a pet accommodations package for their dog, Lola. Having a room just for her “makes life much easier,” Dean said. “We don’t have to use the kitchen sink to wash yucky stuff anymore.” 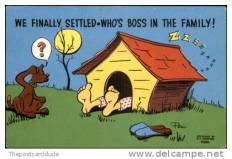 As an added advantage, it also looks like when Dad falls out of favor with Mom, life isn't all bad - since, all he has to do is bunk up with best friend in the built-in doghouse - as long as there's enough room, that is.

What Is A Pterochroza Ocellata? The Animal Video Of The Day!!!