The lunar affect over animal life on this planet has been well documented not only in fictional tales, but also in real life. The term "lunacy" first entered our lexicon as a result. And while your dog is not most likely to shape-shift into a werewolf, the Super Moon that's arriving on the eve of Cinco de Mayo (May 5th) has been known in the past to affect our beloved pets in strange and unusual ways.

"Super Moon" is the name given to a full moon that occurs when the moon makes its closest approach to Earth along its elliptical orbit. At that moment in time, it shines 30% brighter and will appear as much as 14% bigger than other full moons you'll see in 2012.

Saturday, May 5th at 11:34 pm Eastern Daylight Time when the Moon reaches perigee, its closest approach to Earth, only one minute later, the Moon will line up with Earth and the sun to become officially full at 11:35pm.

So how does the moon affect your pet? Astrologer Dana Haynes believes full moons influence the psyche of animals with a "noticeable intensity" and that intensity can only escalate during Super Moons.

Veterinary staff and Animal Control keep busy during this phase of the lunar cycle. Becoming restless, dogs are known to howl, bird become agitated and disoriented and cats often hide from the rest of the members of the household.

When the alignment of the Sun, Moon and the Earth are in what is called "perigee-syzygy," it tends

to make your average pet ultra sensitive. Like humans, it has been said that the power of the electromagnetic fields during the Super Moon interacts with our own magnetic field increasing the ability to sense or feel the stress around us.

According a Pittsburgh Tribune-Review report, during even an ordinary full moon, the sea otters at Pittsburgh Zoo & PPG Aquarium bark at one another, and the reptiles become more active. "Overall, zoo life is more, well, alive," noted the zookeeper.

As far as dogs going lunar during a Super Moon, scientific studies have produced inconclusive results. One study published in the British Medical Journal and conducted in a hospital in England claimed that the chances of being bitten by a lunar-crazy dog were twice as high during a full moon, whilst another study published in the same journal and carried out in Australia found no positive relation between lunar activity and dog bites.

Perhaps it's our mystical connection to the moon that motivates us to find correlations between the bizarre activity of our pets and lunar cycles.

The last occasion of a Super Moon was March 19, 2011 and before that in December of 2005 it was thought to have been the impetus for the Indian Ocean tsunami that occurred around that time period. The fatalities of both human and pet life that occurred in that region of the world are still devastating to comprehend.

However, putting lunacy and natural disasters aside, the Super Moon cometh, and the best advice we have for our readers is to enjoy the spectacle with your pets, as it unfolds. . . perhaps with a pticher of frozen Margaritas (after all, it is Cinco de Mayo), a hearty supply of dog treats and catnip aplenty. And don't forget the cameras. . . and a good howl at the moon coundn't hurt! 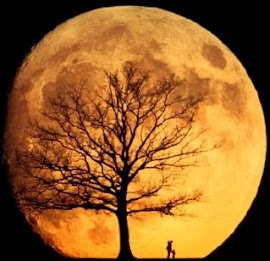