Is The Camel As Much A Political Animal As The Elephant & Donkey?

While the two-party system would probably never consider changing their political icons, it's odd that very seldom (if ever) do you see one of our political figures riding either a donkey or elephant? And with the 21st Century well on its way and since both parties are often criticized for being stuck in the past, perhaps it's time for one of them to update their logo as a way to energize their base and motivate their constituencies. 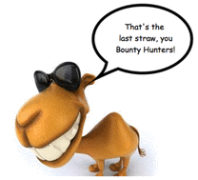 But why should the came be considered a likely replacement? Well, in addition to being the animal of choice in many countries, they're also considerably valuable. For one, Somalia's al Qaeda-allied Shehab rebels have placed a bounty on our current president's head. Ten camels will be awarded to anyone who can help locate Barack Obama. And 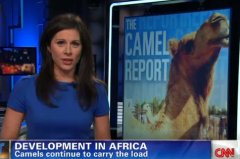 since, a typical male camel garners $7000 and females can go as high as $20K, it appears those dromedaries don't come cheap.

CNN reporter Erin Burnett announced on one of her "Wednesday" 2012 broadcasts, "that it wouldn't be HUMP day, without a camel report." Here she elaborates more on the 'camel bounty' on President Obama's head.

But Burnett fascinations with camels did not stop there, as recent as March 8, 2013, she actually contemplated about one of our political parties changing from elephant or donkey to camel. In a story, she asked her viewing audience: "Would you vote…for a camel?" - because she could easily document how many of our political figures and their wives have engaged with camels over the years:

Last year, Vice President Joe Biden got up close and personal with some camels in Mongolia. 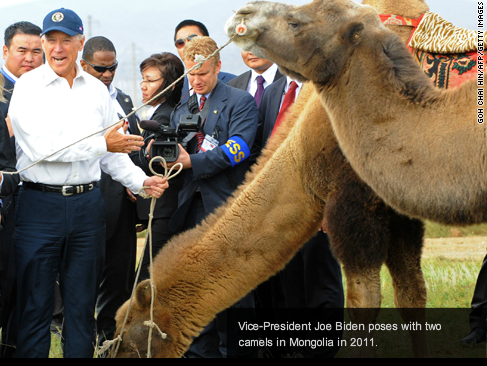 First Lady Laura Bush rode a camel in Jordan in 2007. 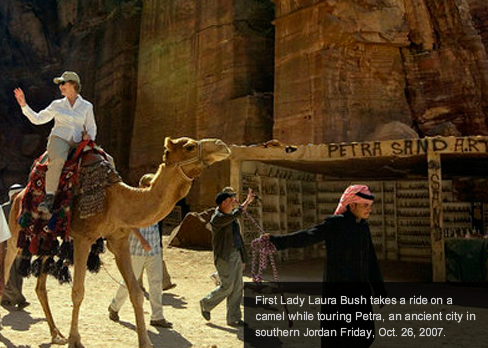 She was probably influenced by one of her predecessors, First Lady Jackie Kennedy's Pakistani tour on camel with her sister Lee Radziwill was well publicized in 1962. 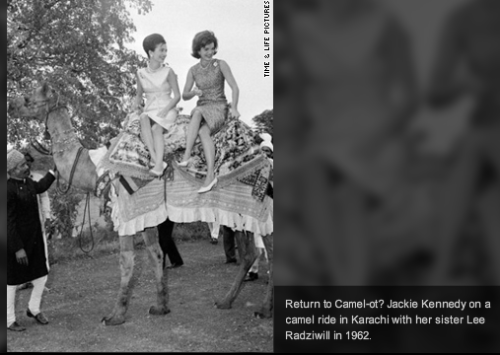 And while admitting the connection is a "stretch," Burnett notes that Franklin Delano Roosevelt was reportedly known for smoking two pack of Camels per day. 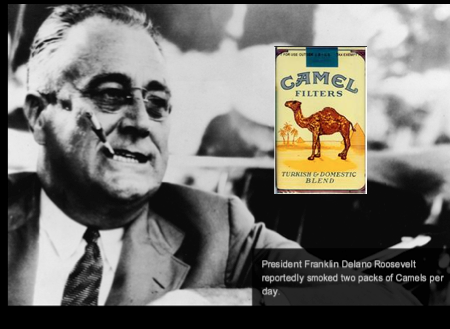 In 1909, President Teddy Roosevelt rode a camel in Sudan. 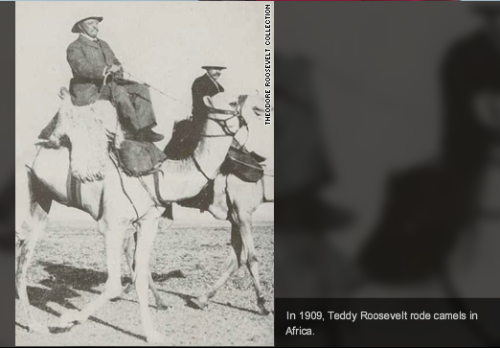 In 1897, a 23-year-old Herbert Hoover went to work for a mining company in Australia. While he was there, he traveled by camel. 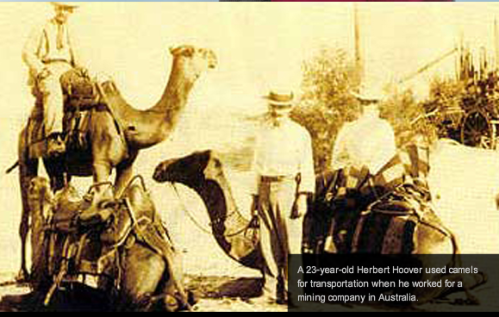 Even our very first president got in on the camel act. In 1787, George Washington, the 'Father of our Country,' and a huge fan of exotic animals paid 18 shillings to have a camel brought to his home for Christmas. 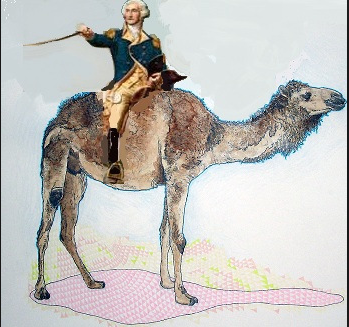 So, where does this leave us? The donkey has been used by the Democrats since the 1820s and the elephant has been the symbol of the Republican Party since 1847. So both parties have weathered many a storm seated on the animal of their choice. But then again, it's interesting to muse, as does Burnett: If we finally want some real change in this country, maybe it's time to consider a new political animal." Perhaps a duke-out between the two, and the winner (or loser) gets saddled with the camel?  Your thoughts, readers? 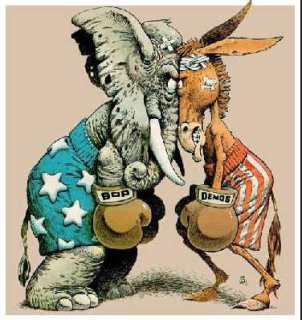