The newest celebrities in the OC tend to be a bit on the unattractive
side, but they are drawing big crowds at the Orange County Fair in
California. Cameras were out and children were straining to witness the
first camel milking demonstration. Sheba, the camel, took it all in
stride as her owner, farmer Gil Riegler, did the honors. 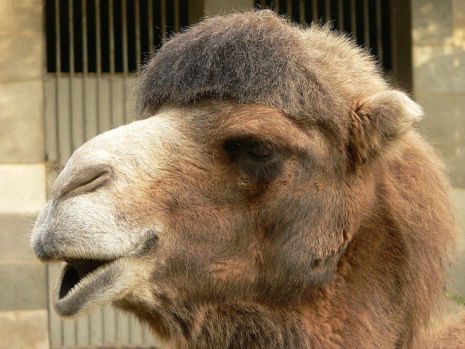 Camel milking is something of a speed trial. Riegler has just 90 seconds to do the job and fill his bucket with the white liquid. He has had a lot of practice though since he and his wife Nancy have owned the Oasis Camel Dairy for the past 15 years. They are proud to be among the first camel milking farms in the United States. They are currently working with the USDA to make their farm a grade "A" Dairy Farm to be able to market their product. Unlike other states, such as Texas, California currently does not allow the sale of raw camel's milk.

The Rieglers first became involved in the camel business after working with the animals at a physical therapy program. The program specialized in exotic animals. The camels are easily adaptable to new situations, making them ideal for work with humans. These days they have 21 camels and 3 of them were born on the farm this year. Five of the camels are the stars of the OC Fair.

There are reportedly health benefits to camel's milk, which is high in vitamins and minerals, proteins, and immunoglobulin, as well as lower in fat and cholesterol than cow's milk. It is reputed to benefit those suffering from autism, Crohn's disease, and diabetes. There may be some anti-inflammatory properties to the milk.

Since the milk cannot be sold in California, the Rieglers help support the farm by selling camel milk lotions and soaps and camel milk chocolate from Abu Dhabi. The couple also hosts a Wild West Turkey Stampede and Bird Show that appear at county
fairs.

For Riegler this is something of a dream come true. He always wanted to own a ranch -- he just didn't think that he would be herding camels.