Members of the New York Fire Department (FDNY) became well-known as
heroes on 9/11 when the World Trade Center was attacked and destroyed.
Their heroism hardly stopped there. They are heroes on a daily basis.
Now for dog lovers everywhere there is 7/11 (2013) for that is when
their heroics were caught on video as they rescued a dog stuck on a
ledge in Brooklyn. 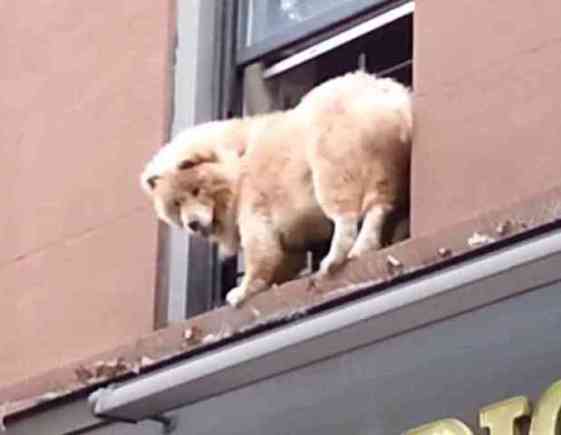 Dog On A Ledde In Brooklyn (You Tube Image)

New York City requires that all apartments where children are living have window guards to prevent kids from doing just what this dog did. Somehow the dog had managed to work its way past the guard. Once out on the ledge he couldn't manage to get back in. With just six inches to stand on the pooch kept losing his footing before catching itself. 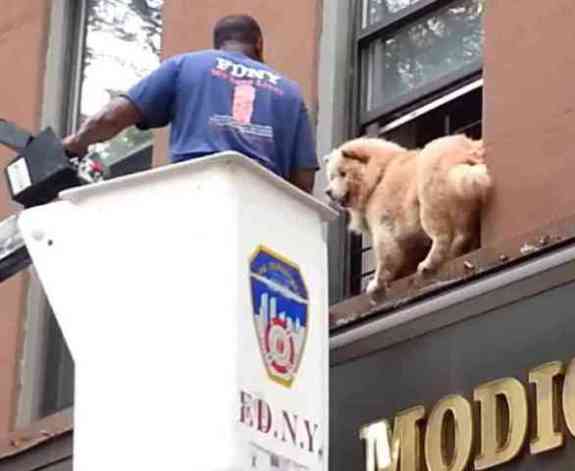 A crowd of onlookers watched nervously as a brave man from FDNY was lifted to the dog on a "cherry-picker" or "bucket truck." The fireman took his time to calm the animal, gain its trust, pet it, and give it a few treats until he was sure that the dog was ready to trust him to help. 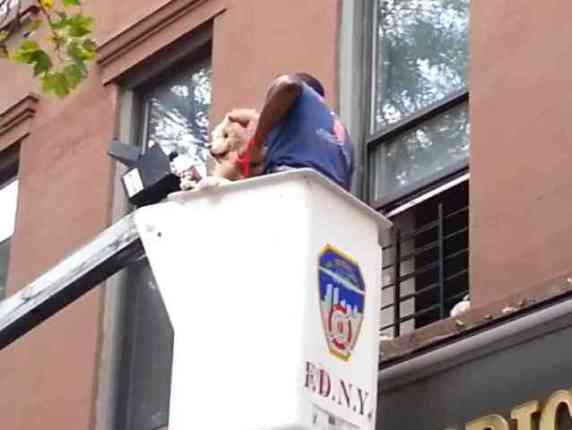 The Fireman Pulls The Dog To Safety (You Tube Image)

The fireman hooked a leash to the dog's harness to prevent it from taking off on its own. He then wrapped his arms around the dog and brought it into the bucket with him. Seconds later the two were back on solid ground amid cheers from the crowd. The fireman took the dog back inside the building. There was no word on whether or not the dog's owner was home or not. 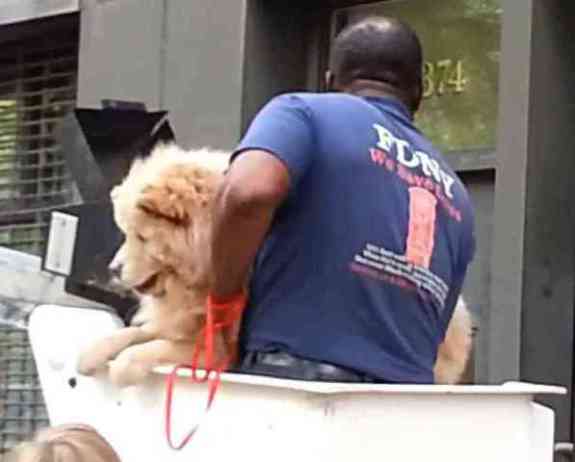 On The Ground Again (You Tube Image)

The entire rescue was caught on video by area resident James Morgan.  He described the whole event as "nerve-wracking."

Another soul saved by the intrepid members of the FDNY who are heroes every day. If you don't believe they are heroes just ask the dog.

Dogs
News Stories
Rescue
Who Got In The Garbage? The Animal Video Of The Day!!!
Man's Best Friend Helps Returning U.S.Troops Cope With Invisible Wounds
Let's Go Fly A Kite

Pet Couture: Now Your Dog Can Match Your Kilt
Comments