Brazen Thief Lops Off Elephant Tusk With A Chainsaw!

A 20-year-old man recently smashed his way into the Museum of Natural History of Paris with a chainsaw to sever the tusks from the skeletal remains of King Louis XiV’s African elephant.

The would-be robber broke a window and managed to saw his way through the elephant’s left tusk last Saturday around 3am, but because he used a chainsaw to retrieve his ivory prize, the museum’s neighbors were tipped off that something was amiss. Police quickly apprehended the thief and retrieved the tusk, partially due to the ankle injury the bandit suffered during his break in attempt. 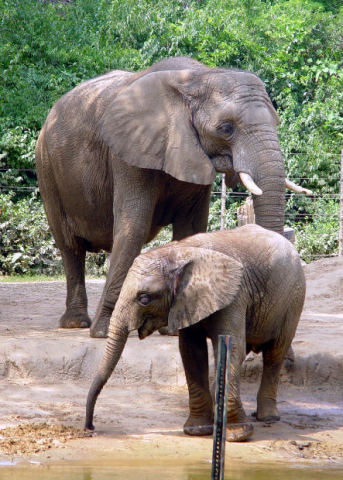 While the ivory elephant tusks are certainly worth a lot of money, they pair on display are not the elephant’s original tusks. King Louis XiV received the African elephant as a gift from the king of Portugal in 1668, and the beast lived in the Palace of Versailles’s menagerie until its death in 1681.

Even though this bandit’s tactic is unique, museums around the world are beginning to remove rhino and elephant horns and tusks from display cases due to concerns of smash and grab style thefts. Although it is a scientific fact that these horns and tusks do not have healing properties, they can be sold in parts of the Middle East and Asia for a huge amount of money to become "medicine."