The cost of bird's nest soup is exceptionally high, especially for the birds. The increasing demand for this traditional Chinese delicacy has caused a noticeable decline among swiftlets, a cave-dwelling bird that builds its nests high up on sheer cave walls. While not yet on the endangered species list, the harvesting of the nests is decimating the population of the swiftlets.

These nests are not your average twig or mud cradles created by most birds. The swiftlets literally spit them 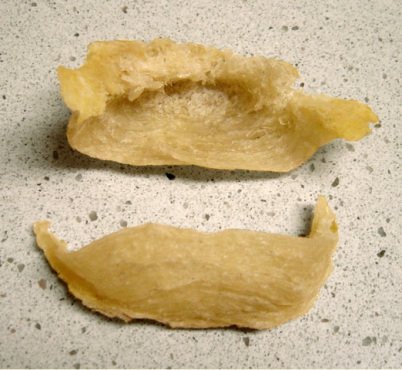 out. Over the course of a 35-day period swiftlets cough up enough gooey spit to create a somewhat cup shaped nest. The strands of spit harden when exposed to air. For over 1,500 years the Chinese have been harvesting the nests to make their traditional bird's nest soup. Cooking the nests result in a slick, somewhat gelatinous, fairly flavorless broth. Why would anyone be tempted to eat such a thing?

It is believed that the soup can extend the life span, improve digestion and libido, strengthen the voice, reduce the incidence of asthma, improve skin condition and tone, and support the immune system overall. Modern tests of the concoction have found it high in protein and rich in amino acids.

Over the last few decades the ancient soup has regained popularity with the rise of wealth and a more capitalistic-style economic system. Low supply and high demand have made it an expensive commodity, one that those in the business are willing to die for. As the demand continues to rise, more and more people risk their lives to harvest the nests, leaving the swiftlets having a harder time to lay their eggs and create future generations of the birds. Some caves have been so decimated by harvesting that they have been completely abandoned by the birds.

The high prices garnered by the nests make even the risky job of nest collecting attractive to many. Collectors climb bamboo poles to scrape the nests from the walls. Injuries and death are common occurrences among the workers from falls from the bamboo poles that are erected to allow the workers to climb hundreds of feet to reach the nests. Traditionally the workers who harvest the cup-shaped nests take the
first and second nests, then allowing the bird to lay its eggs in the
third nest to allow the birds to continue their species. However, in the
face of increasing demand, the third nest is now often taken as well. Sometimes any nestlings found with the nests are discarded.

According to the San Francisco Chronicle, the bird's nest business, while legal, is not unlike organized crime. With the huge profits to be made, the caves are often guarded at gunpoint and anyone coming near shot, regardless of their reason for being in the vicinity. This includes fishermen whose boats venture too close pursuing their own business. These incidents are reported to local police, but little or nothing is done to follow up as the authorities have been bribed to look the other way.

National parks in some Asian countries have banned the practice of wild nest collecting, forcing people in the industry to become smarter about the business. 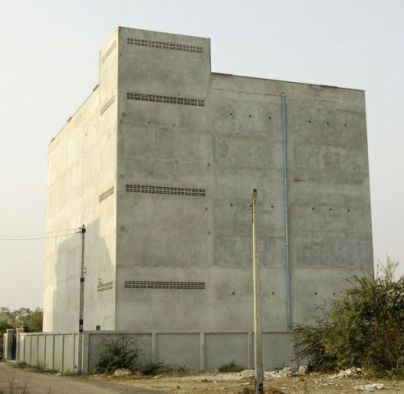 The swiftlets had found some urban environments to their liking and were known to go so far as to take over the upper floors of apartment buildings. This led to a new way of managing the bird's nest creation and collection. Throughout Southeast Asia swiflet "farming" has become big business. Special buildings are being built called ruko. These artificial cave structures, that often resemble industrial buildings, have been built to encourage the nest building by the swiftlets. While harvesting still destroys the nest, the farmers will allow late nesting for the birds to raise their young, or even raising captive swiftlets and giving them the nests of other birds to raise their young. No word on how the other bird populations supplying these nests are faring.

These artificial cave structures often come complete with fine bird amenities -- wide, welcoming entrance holes, recorded swiftlet calls to make the birds welcome, and swift-pleasing odors. Many of these places even have room-service as the owners put out insect attractant to provide the swiftlets with an ample supply of food close to home.

While the farming of swiftlets has slowed the decline of the birds, there is no word yet on if or how these new habitats might be affecting the birds over the long term.

Birds
Business
News Stories
PetsLady's Pick: Funny Grumpy Bird Of The Day
Get Patriotic Bling For The Fourth Of July
Move Along. Nothing To See Here. Just An "Owl On A Horse" Animal Video Of The Day!!!
Whipper, The Awesome Mutant Parakeet
Comments