The smallest puppy on record, named Beyoncé because she's a
'Survivor,' is only two weeks old and has survived four brushes with
death since her mother was abandoned.

Beyoncé's mother, a
Dachshund mix, was an 8 month old pregnant dog, left out on the street. If she had
not been found and picked up by Santa Bernadino County's Devore Animal Control, chances are mom
(later named Casey) and her puppies would not have survived. 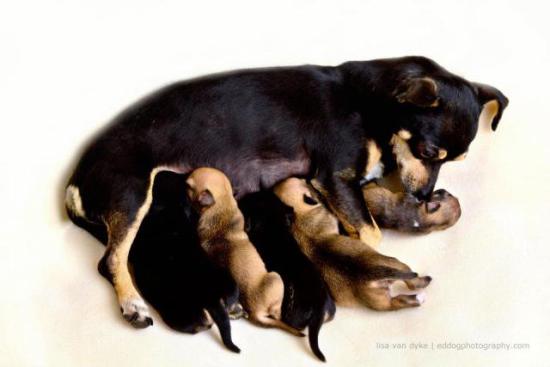 Casey and her five pups, including Beyoncé: image via facebook.com

The Devore Animal Control was then
going to abort Casey's litter and spay Casey, but a veterinarian decided
that Casey's pups were too far along to abort.  Beyoncé escaped that
second brush with death.

Then, Casey was scheduled for
euthanasia! But along came The Grace Foundation to Casey's rescue,
wanting to give Casey a chance. (Third escape!)

We all hope that
Beyoncé's birth was the last time she will have to escape death and, now
that she is two weeks old, it looks like it won't be until she has had a
long, enjoyable life with a family that is very good to her.  You see,
Beyoncé was born clinically dead. She was not breathing and did not have
a pulse. 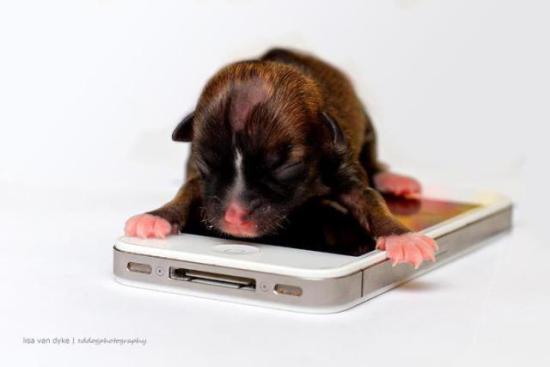 Casey at two weeks, smaller than an iPhone: image via facebook.com

Fortunately, a staff (large animal!) veterinarian was
present at her birth and performed heart compressions on the stillborn
to get her heart beating, and the director of The Grace Foundation gave
little Beyoncé mouth to mouth to start the pup breathing normally. Once she
survived, she had to be bottle fed every hour for several days because
her mouth was too small to breast feed.

The staff say Beyoncé,
now two weeks old, is normal except for her small size, smaller than an
iPhone, as you can see above.  She's a lucky dog thanks to The Grace
Foundation.

And she's already a star!  To see her ABC video, visit it on YouTube here.