Amanda Austrin, a 41-year-old environmental scientist from Whakatane,
New Zealand, went on holiday to Fiji more than 18 months ago and she is
still trying to recover from dinner there. It seemed so simple and kind
at 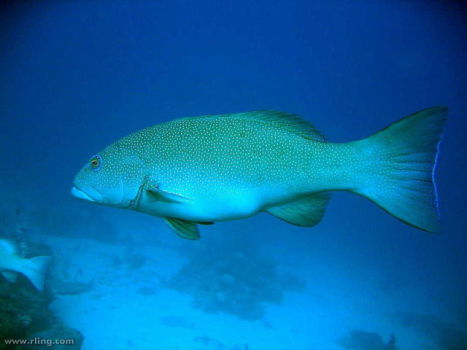 Coral Trout (Photo by Richard Ling/Creative Commons via Wikimedia)the time - a native couple cooking fresh coral trout wrapped in
banana leaves over an open fire on a white sandy beach. The food, the
setting, the company of friends -- it was all an idyllic slice of
paradise.

The native couple was making up for an unsuccessful day of fishing by Austrin and her friends by making them a traditional meal. Austrin realized that something was wrong as soon as she bit into the fish. It tasted bitter and she spat it out immediately, noticing a bit of gut clinging to the white flesh. Hours later her entire body began to tingle and go numb.

She spent the rest of her holiday in bed shivering while wrapped in the winter clothes she had worn for the trip from home. She was vomiting and had diarrhea.  When she returned home her physician though she was just suffering from what many travelers do and would be fine in a few days.

That was hardly the case when she was admitted to the hospital just days later with even more nausea, bursts of pain accompanied by swings between burning heat and intense cold. She could hold a cup of coffee that felt as though it was freezing cold while it was burning her hand.

Her doctors had seen nothing like this and scoured the internet for the proper diagnosis. They finally found their answer -- ciguatera
poisoning.

This toxin comes in the form of tiny organisms in the Pacific Islands and in the waters around Northern and Eastern Australia. It attaches to coral reefs, seaweed and algae where small fish feed on the plant materials. Larger fish feed on the smaller fish. That is where humans come in as they catch and eat the larger fish, ingesting the toxin.

The poison causes headaches, vomiting, diarrhea, dizziness, fatigue, possible neurological problems, and in some cases even death. There is no antidote to counteract the poison.

Before ingesting the toxin, Austrin was a healthy, active, and even athletic. Now she has spent 30 weeks of the last 18 months in hospital. Her pancreas has failed, making her a type 1 diabetic and insulin dependent for life. She has also lost her job.

There is no time frame for when the toxin will stop affecting her. It can stay in the body for up to 25 years, stored inside the adipose tissue.

Austrin's level of illness is not common. Most that come into contact with the toxin are sick for a short time. It is rare for someone to be sick for months or years. With no real antidote or treatment, experts suggest avoiding seafood while on holiday in the region.

The Very Strange Animals Video Of The Day!!!
Comments