Beware: Animals That Sleep With One Eye Open

We've all heard the expression "You'd better sleep with one eye open!" It's usually uttered in connection to somebody being forewarned to beware of something unpleasant coming their way in the not-so-distant future. You can liken it to "Watch your back!" and other grim reminders. But like almost all expressions, there's an origin for the sleeping-with-one-eye-open saying. That's because certain animals and reptiles are known for doing it.

Yes, many of our four- and two-legged friends have this particular trait and even some aquatic life practice it. In all likelihood, the habit was developed in order to survive in the wild. As the creatures have evolved over time, though, they have not lost touch with their ancient survival skills that got them where they are today. 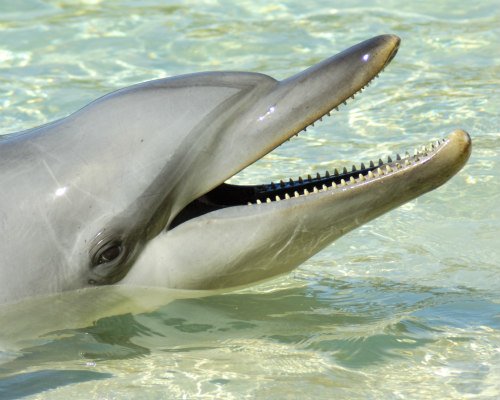 Dolphin: Some dolphins and whales show traits of ASEC

Scientists have known for some time that many aquatic mammals basically sleep with one eye open. It happens with common porpoises, bottlenose dolphins and some whales. That's because these cetaceans undertake an unusual form of sleep called "unihemispheric slow-wave sleep," aka deep sleep. This slow-wave sleep is a type of sleep similar to human's in that it is thought to assist the brain in consolidating new memories and recovering from daily activities.

Not only do they sleep with one eye open, but they sleep with one hemisphere of their brains shutdown and close the opposite eye. That means if the left eye is closed, then the right half of the brain is asleep. The order is reversed when the right eye is closed. During this split downtime, the other half of the brain monitors what's going on around them and stays in control of their breathing (so they don't drown), while the opposite eye surveys their surroundings. 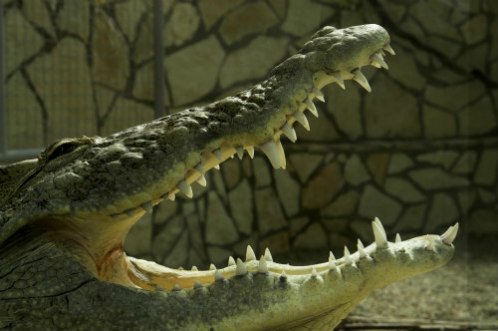 Crocodile: Even these gigantic reptiles are suspected of exhibiting ASEC

Besides the very real occurrence of what is known as crocodile tears, a new study at La Trobe University in Australia has found the armored reptiles are also believed to practice the habit of unihemispheric sleep. While not much is known about the phenomenon in crocodiles, it is hypothesized that it is for the purpose of staying vigilant in case of attack. However, this seems unlikely as the sole reason of this documented sleep state, because crocs have almost no known predators other than man — and maybe bigger crocodiles.

It was also discovered that most of their sleeping hours were conducted with both eyes shut. Only when there was something to be aware of under controlled circumstances was it noted that they slept with one eye open. But were they really sleeping? Over time, as more studies are conducted (particularly brainwave) and more is unearthed regarding the behavior of these scary throwbacks from prehistoric times, scientists will have better theories for answering these questions. 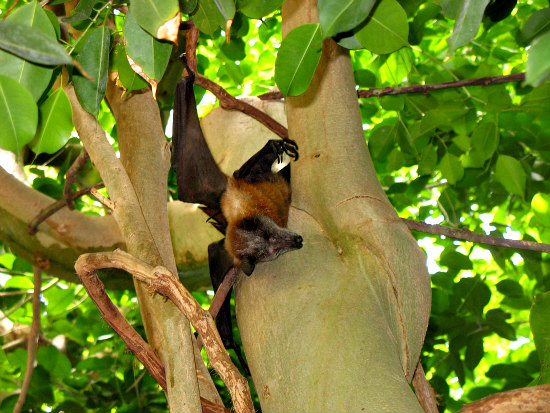 Another unihemispheric sleeper is a species of bat known as Wahlberg’s epauleted fruit bat in South Africa. Researchers there say these fruit bats are the first non-marine mammals in which this type of sleep behavior has been observed, but like crocodiles it's not all bats or all the time.

To their knowledge, only about 21 percent of the bats under observation appeared to sleep with one eye open, or one eye shut, depending on how you want to look at it. Interestingly, the eye that was shut was kept hidden beneath their wing, presumably to preserve a semblance of darkness in their sleeping quarters.

Bats, like people, are known to prefer darkness when it's time to get some shuteye. Scientists suggest that the nocturnal creatures may have evolved the strategy in order to protect themselves from predators like African crowned eagles and vervet monkeys, which have been known to grab the epauleted fruit bats from exposed roosts in the past. 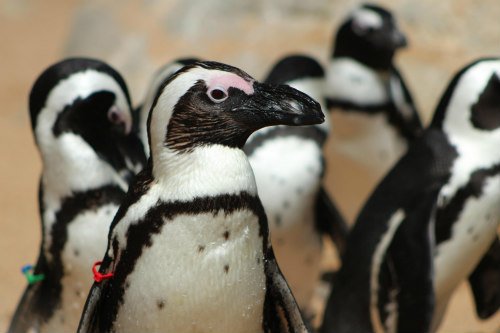 According to BBC Earth, Humboldt penguins or Chilean penguins from South America are also reportedly on the list of unihemispheric sleepers. In their case, it could be presumed this condition is prompted by the need to stay semi awake in order to keep their eggs intact and then to keep their hatchlings in check. Both the eggs and the baby penguins are considered a culinary favorite of certain predators in the region. Unlike other penguins, the Humboldt penguin is known to be capable of reproducing at any time of the year, as long as food is plentiful.

Residing along the Pacific Coast, these penguins are found in both Chile and Peru and are said to enjoy warmer climates, as compared to other species of the flightless birds. It's due to these warmer temperatures that they don’t engage in yearly migration rituals, basically staying put year-round. Another odd trait of slumbering penguins? For the most part, they stand up to sleep, especially in sub-zero climates. 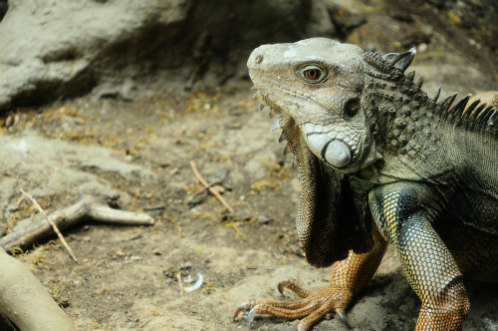 Iguana: Lizards are thought to have unihemispheric sleep traits

A team of scientists believes iguanas sleep with only half their brain, resulting in the one-eye-open phenom, too. It's in this way that they can watch for predators, as the other half of their brains take a siesta. Researchers Steven Lima, Charles Amlaner, John Lesku and Christian Mathews of the Department of Ecology & Organismal Biology at Indiana State University in Terre Haute, IN, conducted a study on asynchronous eye closure (ASEC) in western fence lizards and came to the conclusion it was a survival tactic on the reptiles' parts.

Lesku also took part in the ASEC crocodile study that took place in Australia mentioned above — only on a much larger scale reptile in that study. The Indiana educational facility is behind many of the examinations into this unique state of shuteye. 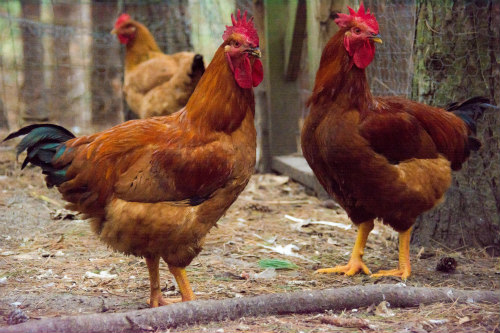 Domesticated Barnyard Fowl: A variety of birds are known to be unihemispheric sleepers

Back in the late 1990s, it was determined certain birds sleep with one eye open as a defense mechanism as well. These are mostly birds that can fall prey to bigger birds and other animals or reptiles prone to eating anything within the proper size range. Some of those birds purportedly include geese, mallard ducks and domestic chickens, to name a few. Niels Rattenborg, a biologist at Indiana State University, believes birds can snooze with both eyes shut and both halves of their brain asleep, or they can rest half of their brain by utilizing the ASEC technique.

The habit of sleeping with one eye open isn't exclusive to birds that sleep alone, either. It's been reported in birds sleeping at the outer edges of flocks, whereas the birds more safely sequestered towards the center of the group tend to zonk out more fully with both eyes shut. "We have found that birds sleeping under risky situations spend more time with one eye open and half the brain awake, and choose to direct the open eye towards a perceived threat," said Dr. Rattenborg. 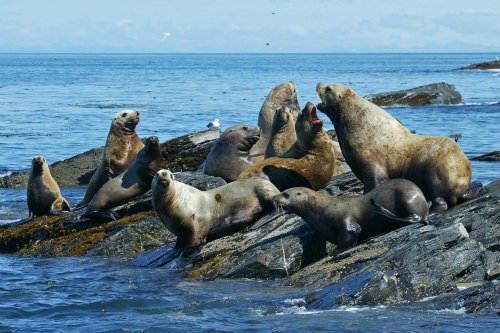 A Pod of Seals: Seals are often prey to larger predators

Some seals and manatees have also been mentioned on several short lists of unihemispheric sleepers. Both mammals live in or near oceans, streams, creeks and springs containing brackish water teaming with predators that would love nothing more than to get a bite out of one of these full-figured creatures. That's probably because of their staggering fat content, as compared to other aquatic animals.

Seals are commonly hunted by Orcas or killer whales, as they're commonly known, and also leopard seals. Both predators are considered highly skilled and deadly hunters. Leopard seals are known to come leaping out of the water onto ice floes to devour hapless victims caught unaware. Orcas, on the other hand, will nudge the floes from beneath with a tremendous blow, hoping to topple seals resting on top of them into the waters below and their waiting jaws.

Manatees, also known as sea cows, are gentle herbivores that are considered to have fewer potential foes, depending on what part of the world they hail from. Unfortunately, at least in the U.S., their biggest worry is being run over by speeding boaters. 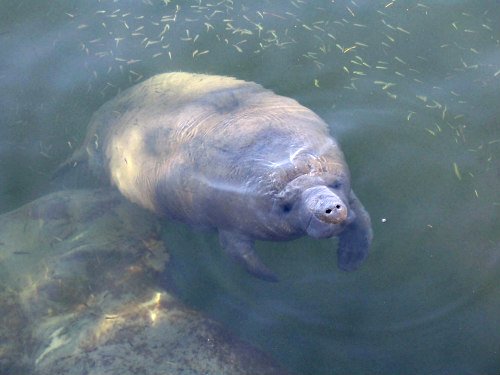 While some war veterans claim to have slept with one eye open during combat experiences that included extreme physical and emotional stress, it has never been definitively proven. In order to do so, scientists would have to replicate stress levels that would be off the charts. This isn't really a great idea just to find out if somebody can really do it.

As far as animals, it's been reported for many, many years now that hares or rabbits supposedly share the ASEC trait. But this is not surprising, if true, due to the fact they are prey animals and not predators. It will be interesting, however, to see what other species are capable of invoking this defense mechanism at will, as studies progress on the subject.

Maybe someone can eventually tell us if house cats often sleep with their eyes at half-mast because, like their bigger cousins, they're always on the lookout for their next meal. It seems you're either the hunted of the hunter in this dog-eat-dog world, and it's a real jungle out there.