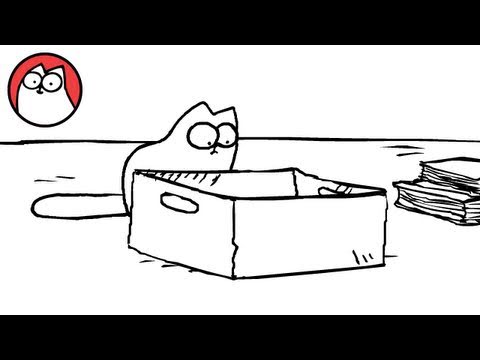 Still from Simon's Cat In 'The Box,' video, Best Cat In The City, by Simon Tofield, UK

An enormous crowd of spectators, 30,000, more or less, flooded the streets of St. Petersburg, Russia on August 17 to enjoy the International Art-Forum GraFFFest 2012, a celebration of the synthesis of street and digital art.  'Cats In The City,' viral video entries made within the past five years, had its debut this year and it was a huge success.  Here are the winning cat videos...

But first, I'd like to share the great composite video cleverly put together of the event and the winning cat videos by the talented hosts of the GraFFFest....

(That's Zarathustra's image in the still below; he's one of the festival's cat art CRISPticist judges.)


4. MOST POPULAR CAT, Hank The Cat, by Matthew Leary, USA

Rrunning for Senate in Virginia won the crowd's Most Popular Cat for his cameo role in The Greatest Land Of All. By the way Hank is selling his own $2 bills for $1.50 to raise money for homeless cats in St. Petersburg, so you Virginians take note: This Cat has international experience.
"

The cat that went from 'shelter to show-biz!'

9.  SHORTLISTED: Hank For Senate? No Way!, by Canines for a Feline Free Tomorrow Super PAC

I tend to agree with the guys at John St; cats are the wave of the future... for just about anything.

With special thanks to the Curator in Charge of the St. Petersburg International Art-Forum GraFFFest, Svetlana Petrova, and her cat, Zarathustra from Fat Cat Art.