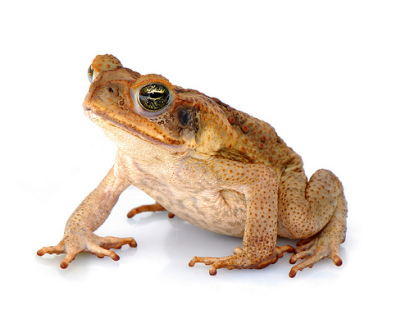 The residents of New South Wales, Australia are gearing up for wet weather the best way they know how: Galoshes, bug repellent and by gathering up all of the baby cane toads that they can. The recent deluge of wet weather in the area has provided the perfect breeding grounds for cane toads, and the more of the introduced pests that the locals can round up, the better. 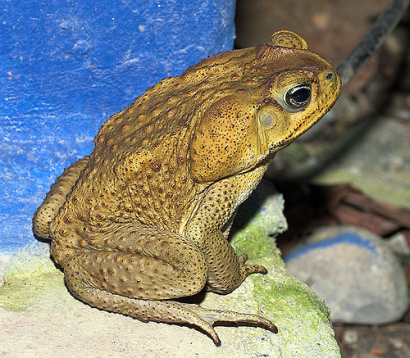 Cane toads are a South American species that was brought to Australia in 1935 to control the native cane beetles, which were a common pest for sugar cane farmers. They are a large, bumpy and brown amphibian species that eats nearly any animal matter that it can get ahold of, including insects, frogs, lizards, as well as small birds and mammals. Their wide ranging and voracious appetites, ability to lay up to 35,000 eggs at once, and highly toxic glands that can kill most natural predators that dare to ingest the sturdy cane toad make this creature a serious problem to the locals, their pets and the native wildlife. 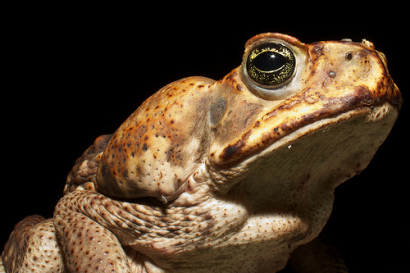 If You Get An iPhone, The Frogs Will Come -- The Animal Video Of The Day!!!
Punny Pawscars Award Animal Actors Accolades
Trump-like 'Dermophis donaldtrumpi' The Harbinger Of Climate Change
Designer Leather Zuny Animals Turn Homes Into Artsy Zoos!
Comments