Poor “Princess” the Australian jungle python was separated from her owner at some point during a road trip three miles from her Melbourne home. Thankfully for her, she was saved by visiting the Church Street of Christ Church! 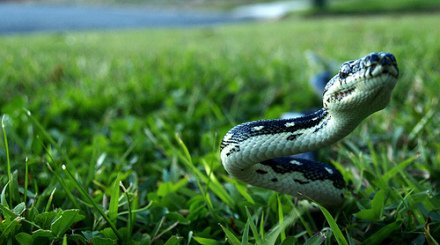 The pretty snake was discovered on Ash Wednesday, after a kid saw Princess in a church office, coiled between a printer and computer. The child initially thought that Princess was a toy and tried to pick her up before realizing that she was a real python! A professional snake handler was called in to remove and take in Princess, while trying to find her owner.

Thankfully, Princess was reunited with her owner two weeks afterward. Although her owner’s wife isn’t too pleased to have Princess back, their 2-year-old daughter is delighted to have the royal reptile once again.

All’s well that ends well, but there’s still one question that remains… Why would you take a python on a road trip?!