Attack in a Box! Insane Animal Art of Josh Keyes

Josh Keyes has an animal painting gallery of some of the most bizarre art I have yet discovered! His trademark is to place animals in a unique environments where the unreal happens, painting them as though the canvas is some sort of cube, cyllinder or other three dimensional geometric shape. When I first found his work online, I thought they were animal sculptures until I took a closer look (which I highly recommend). 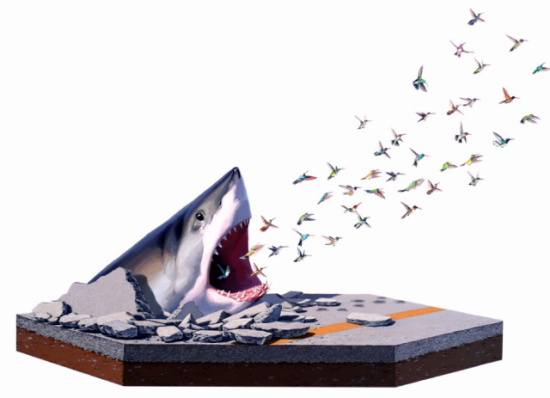 Roar I by Keyes: Street shark!!! Oh, its only a painting. Sorry guys. Shark art by Keyes 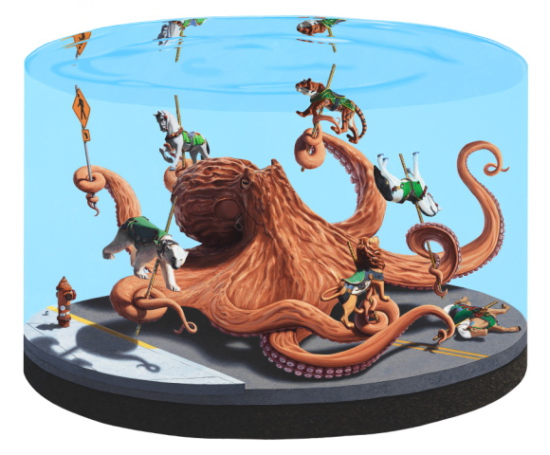 Carousel by Keyes: I've ridden the octupus and the carousel at the carnival, but never both at the same time. Octopus art by Keyes. 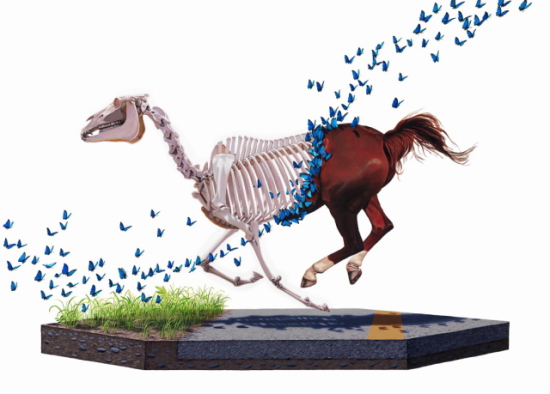 Shedding by Keyes: I'm glad my dog doesn't shed this much! Horse art by Keyes

Much of Keyes' animal artwork includes outlandish scenes from Keyes' "personal mythology," illustrated concerns for Earth's future, and/or references to recent events. Here are some of the animal images portraying reference I recognized; 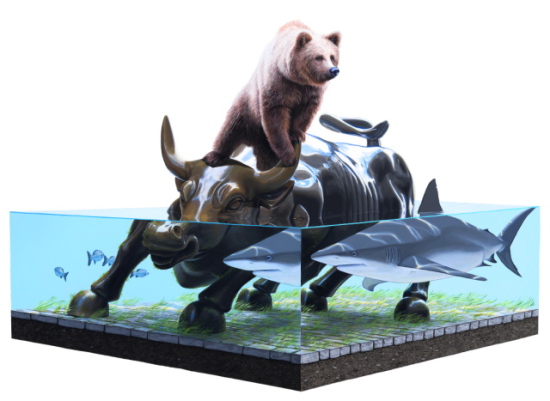 The Exchange II by Keyes: Ready to settle the age ol' shark vs. bear debate. Animal art by Keyes 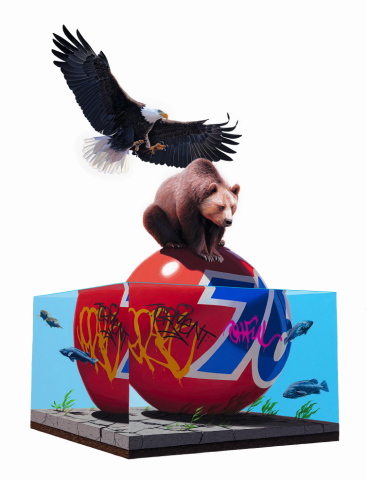 Lifted by Keyes: Sorry baldy, this perch is taken. Eagle and Bear art by Keyes 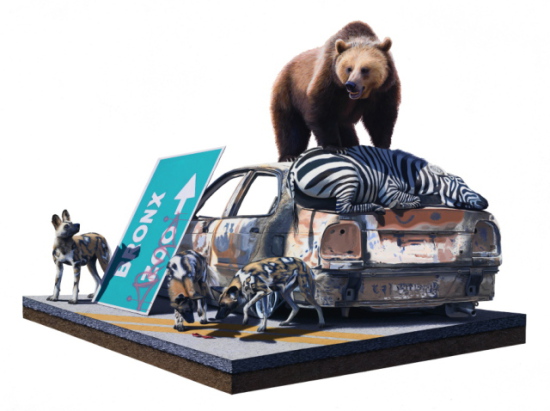 Tangled IV by Keyes: Someone forgot to ask for directions, I think. Bear, Zebra and Jackal art by Keyes

Keyes animal gallery is absolutely loaded with animal images! Many of the ones selected for this article alone are singular parts of fantastic series' (like the treadmill image below). Keyes, originally from Tacoma, Washington, currently works in Portland, Oregon. He went to the Chicago Institute of Art and received his MFA from Yale. His animal art is on display until December 1st at the Roq La Rue Gallery in Seattle, Washington. 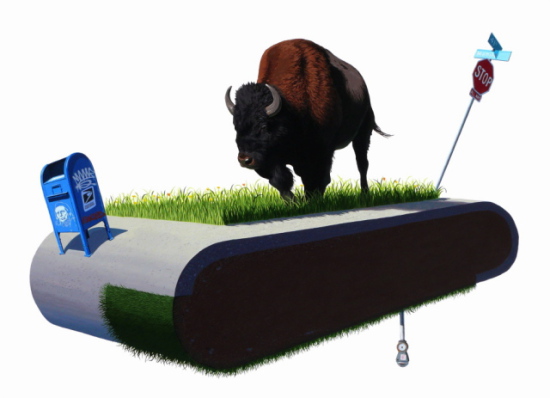 Treadmill II by Keyes: Yeah, I had a good Thanksgiving too buddy. Bison art by Keyes

If you are a fan of Josh Keyes surreal animals, check out previously featured artists Jacub Gagnon, Kodriak, Redek Ossowski and Corine Perrier! Show Keyes some love on Facebook, Twitter or Pintrest and comment below!

22 Of the Cutest Barnyard Kids – A Baby Goat Gallery!
Comments