Are We On the Verge of an Interspecies Internet?

Anyone that has read a few posts down on any YouTube video page knows that it doesn't take a genius to log on to the internet to get out rambles and rants. In fact, a strong case can likely me made to support the fact that there are indeed some quite stupid humans on the internet.

We might be better off if we handed the reigns of the internet over to dogs and cats.

Actually, at a recent TED conference, this idea was mentioned...and backed up with some astounding facts to support the need for and ability to create an Interspecies Internet. 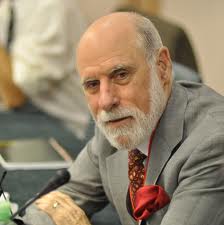 Before you start laughing, take a moment to look at some of the folks that were making this recommondation. First there's Peter Gabriel, musician and longtime friend to wildlife.Then we have Neal Gershenfeld, a well known MIT tech guru. Also among the group was Vint Cerf; if his name rings any bells it's because he has widely been credited as one of the driving forces behind the creation of the internet in the first place.

The argument they raised was, essentially, this: There is no real fundamental reason why animals can not use the internet in a way similar to humans so that we can communicate with one another.

By the time this somewhat bold proclomation could be digested by the folks in the crowd, members of the group gave them more to chew on. The research behind this argument is already well underway. And it seems the animals are more than ready.

Another member of the group, psychology professor and dolphin researcher Diana Reiss, has been working with dolphins on touchscreen keyboards. Her experiments have proven that not only are dolphins fully capable of interacting with these keyboards, but they can also use them to communicate their wants, needs, and what they plan to do. With many laptop manufacturers already developing models run by touchscreen, there seems to be nothing stopping a dolphin from learning to use such a device. 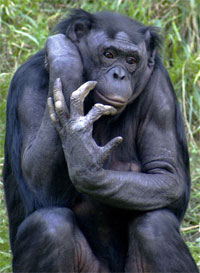 Bonobos will also one day experience the pains of carpal tunnel.Peter Gabriel presented his own amazing proof. He showed footage of a bonobo monkey playing a keyboard. And not just clumsily striking it. No, the monkey was able to find a certain octave that it seemed to prefer and then used several notes within that range to create a melody. This was after very little time spent with the kyboard and during its first introduction to the instrument.

While the project is understandably in its early stages, these two examples alone (and the passion behind those presenting the findings) are a pretty good indicator that humans should be able to one day share the internet with other species.

If YouTube comments and hateful political forums are any indication, a new species sharing the net with us might not be such a bad thing.

Dolphin Rescue! The Animal Video of the Day!!!

5 Pet Safety Tips For The Holidays, Keeping Them Healthy
Comments