Gibble-fisted, wrong-handers and sinistrals are just a few of the derogatory terms used to label those that favor 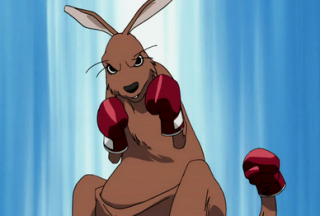 one hand over another. Left-handers it seems have to bear the brunt of name-calling in a society, which thinks less of those who use the wrong hand for the right things. However, while only 10 percent of humans favor their right hand for writing, throwing a ball and most other daily activities, kangaroos display left-hand preference 95-percent of the time.

According to a new study, wildlife ecologist Janeane Ingram discovered a marsupial population displaying a strong preference for the left hand use. So like left-handed humans who get labeled ‘awkward,’ ’tactless’ and/or ‘clumsy, does the kangaroo face the same societal issues in the animal kingdom? For instance, the French word for ‘left’ is ‘gauche’ which also means ‘inelegant’ and ‘lacking in social graces.’ But are kangaroos seen in the same light? 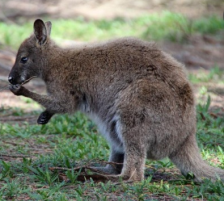 Red-necked wallabyThe joint study was conducted by the University of Tasmania and University of New South Wales, along with researchers Andrey Giljov, Karina Karenina and associate professor Yegor Malashichev from Saint Petersburg State University, who had first observed the trait in red-necked wallabies kept in Russian zoos.

However being left-handed doesn’t make the wallabies and kangaroos inelegant. In fact, if there was any body part that makes them appear a wee bit awkward, it is most likely its legs — because when they hop at low speeds, it requires considerable energy and is quite inefficient.

If you ever find yourself in a boxing match with a kangaroo, watch out for their left hook. With powerful legs, tails 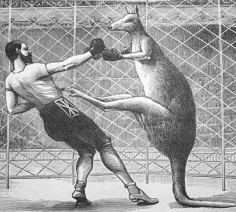 and upper torsos, kangaroos are especially well-equipped for self-defense. When it comes time to duke it out, a kangaroo puts up his paws much like a human boxer. Its style of fighting is generally characterized as boxing because of the way they punch and jab at their opponents. And now having knowledge of this study, we know that if we were ever got into a boxing ring with one of them — to watch out for that lethal left hook.

Studies into laterality, or the preference for one side of their body over the other, in animal species is a relatively new field. Laterality has been observed in animals such as jumping frogs, killer whales and four-legged marsupials such as gray short-tailed opossums and sugar gliders.

both of which tend to be right-handed – that has exhibited such a strong preference for one hand. But as far as the considering marsupials ‘gauche’ there hasn’t been any hard-core evidence.

Give Someone A Turtle This Christmas

Support Your Local Pollinators: Buy The Bees A Home
Comments