For those who lack the living quarters or have parents who will not allow a pet in the house, Animin 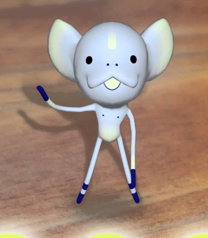 Augmented Reality (AR) pets might be your solution. These are virtual companions you can actually play with and care for. The tech company that created them has used augmented reality technology to allow digital pets to literally roam around in the real world.

A prospective pet owner must be aware, however, that while Animin pets are technically considered toys, like real pets they need the same tender-loving care you'd give your cat or dog. That means providing them with nourishment, medicine, and... yes, even cleaning up their digital excrement on a regular basis.

As well as the basic virtual pet software, the app contains a number of mini-games that unlock as the creature grows, and are available for both smartphones and tablets.

The healthier and happier your Animin is, the more Zef coins you will receive, which can be used to unlock Evo tokens, which ultimately allow your Animin to evolve.

Bill Langsworthy at Toy News reported that the product was developed by Figure Games, an AR tech firm

based out of east London, and noted that the firm is banking on Animin becoming the must-have toy for Christmas, 2014.

Debuting the digital pets at t

he Toy Fair at London's Olympia on January 21, 2014, Kletz notes that his primary aim is "to creatively disrupt the toy industry, as we strongly believe there is a clear space for a genuinely new digital pet that uses cutting edge mobile technologies in such a fun, social and innovative way."

Toy Fair visitors and press can secure appointments to experience an exclusive demo of Animin with the game’s producer and director at the G-61stand in the GreenHouse at London’s Olympia by contacting Adam Hartley on 0203 322 7717 or emailing adam@animin.co.uk.

You can also download the app right now for your Android devices from Google Play for free. They will also be available at the Apple iTunes Store later in the year!

So, what are you waiting for- adopt your animin today - they're ready, willing and hopefully, some will even come potty-trained! 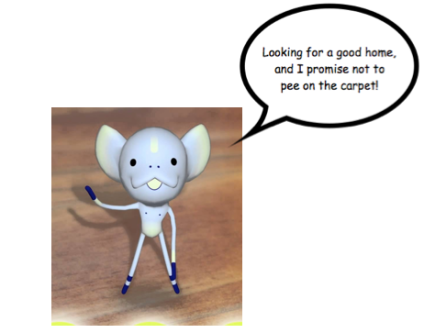 Vampire Bats! The Animal Video Of The Day!!!