Anyone who's ever read the bible knows that Noah paired up each species so post-flood they would be able re-populate the planet. Well, what goes around - comes around. Except this time, there's two would-be Noahs: Johan Huibers from the Netherlands and Liu Qiyuan who resides in Qiantun, China (south of Beijing).

As the Mayan Apocalypse approaches December 21, 2012, both men have created floating craft that supposedly will be sea-worthy enough to survive the predicted apocalypse.

According to People Magazine, Huibers has taken the traditional route.  Stephen M. Silverman writes in his interview with the Dutch Noah, that "after 20 years, the professional builder completed his goal of building a fully-operational replica of Noah's Ark using Genesis, Books 6-9 from the Bible, as his guide. 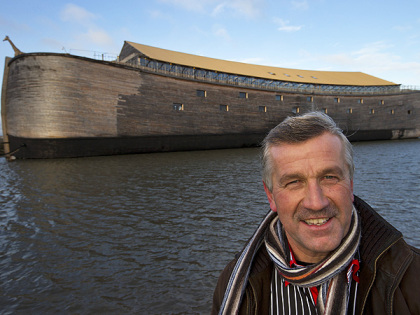 This Dutchman, however is not expecting a flood of Biblical proportions. Instead, in addition to some

four-legged creatures, his biblical museum is also populated by some plastic and stuffed replicas of animals. He's also included a small petting zoo with ponies, dogs, sheep, rabbits and exotic birds. For those that want to visit the boat on December 21 (just in case), you can find it moored just south of Rotterdam, Holland.

Our second "Arc Builder," Liu Qiyuan claims he came up with his design after watching the 2009 Hollywood disaster film “2012”, which was inspired by the Mayan calendar. “If there really is some kind of apocalypse, then you could say I’ve made a contribution to the survival of humanity,” Liu said. 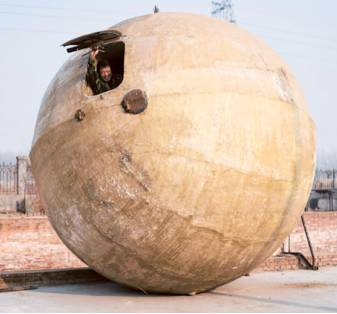 Designed more like a pod, versus your traditional arc, Lui has completed seven pods using a fiberglass casing over a steel frame design, costing him 300,000 yuan ($48,000) each, all equipped with oxygen tanks, food and water.

Apocalyptic predictions have provoked widespread fears among believers in China, where two rural counties sold out of candles this month after a panic that three days of darkness would begin on December 21.

And while most inhabits of Planet Earth scoff at the possibility, others feel that since the news of the extinction of the Twinkie has been declared, can civilization be far behind? Huffington Post writers' Craig and Marc Kielburger signaled alarm when they noted that "conspiracy theorists say the world will actually end on the darkest day, the winter solstice, December 21, 2012. So, like, next week, we could be toast."

The Royal Society for the Prevention of Cruelty to Animals (RSPCA) one of England's largest animal welfare charities, stated: "Luckily for animals, they do not have the same fears of the future - or its imminent destruction - as us humans, so it is unlikely that our pets will be worrying about the end of the world.

On December 6, Australian Prime Minister Julia Gillard weighed into the debate  with a spoof video that addressed the End of the World. "Whether the final blow comes from flesh-eating zombies, demonic hell-beasts or from the total triumph of K-Pop, if you know one thing about me it is this -- I will always fight for you to the very end," announced the PM in straight face.

So, while there is only a few days left till we get real answers as to whether or not the Mayans were right or just high on peyote when they made their predictions, in regards to our pets and animals, it is recommended to keep them close.  Maybe the best advice comes from the RSPCA who's official word on the subject stated: "However, should the Mayans prove to be right, our message would be to spend whatever time you have left with your animals wisely. Take them for a long walk or give them a cuddle. Enjoy every second you have with them, as if it was your last!"

And if your pets start to pair up and sneak off quietly into the night, perhaps they know something we don't know? Or perhaps, they too will miss the boat? 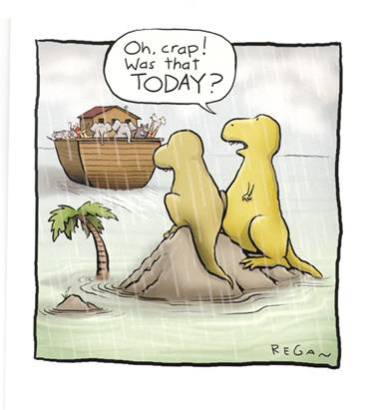