Benjamin Cloutier left his home in the northeast in 2008 to follow a
dream. That dream took him and his pick-up truck on a 2,000 mile road
trip to Montana. There he found a new home and a career as an animal 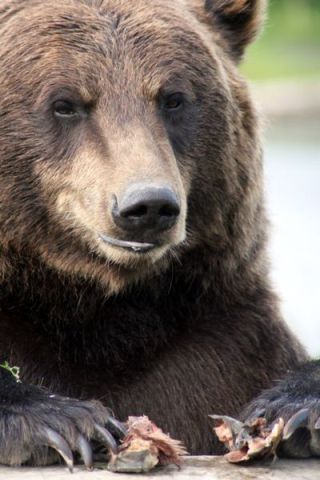 Grizzly Bear (Photo by Shellie/Creative Commons via Wikimedia)trainer at Animals of Montana. That dream was tragically cut short early
this month when he was mauled by two grizzly bears.

Animals of Montana trains and maintains captive-bred animals for use in films and photography. The animals range from lions to badgers. The two 500-pound grizzly bears had previously been used in attack reenactments. The trainers had acted as stuntmen for these films.

Cloutier had been cleaning the grizzly bear pens when the mauling occurred. The head trainer speculated that Cloutier may have fallen and hit his head before the mauling. The wounds on his body were too extensive to be certain of the cause of the incident. The Animals of Montana ranch had no prior safety violations and no previous problems with any of the animals. The company's state license to operate will be under review. The death is still under investigation, but is considered to be an accident.

Cloutier had ambitions of becoming a large animal veterinarian. He was close to his large family, who are all devastated by his death. They plan to spread his ashes along one of his favorite hiking trails on St. Mary's Peak in Stevensville, Montana.