Back in 2008 a Quaker parrot named Willie became a bona fide hero when he
saved the life of two-year-old Hannah Kuusk. Hannah was having
breakfast at the Denver home of her babysitter, Megan Howard. Howard had
stepped out of the room for just a moment when a bit of Pop-Tart got
stuck in Hannah's throat. Willie became 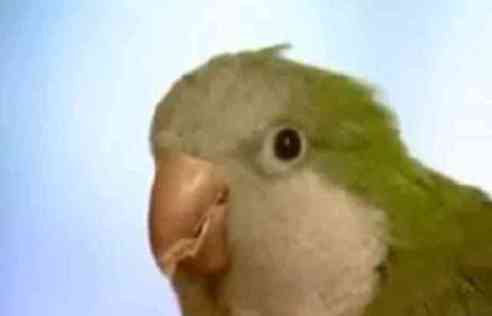 Willie the Parrotalarmed and began to shriek
"mama baby!"

Howard said that Willie had never sounded like that before so she rushed back into the kitchen to find Hannah starting to turn blue. She grabbed the toddler and immediately used the Heimlich maneuver to dislodge the toaster pastry from the child's esophagus. Willie's determined yell for help had saved Hannah's life, according to Howard.

Hannah's mother, Samantha Kuusk, has been extremely grateful to the little green bird. After the incident Willie showed more determination than ever to keep an eye on the child. He would only sleep when she was napping and would watch her carefully when she was awake. 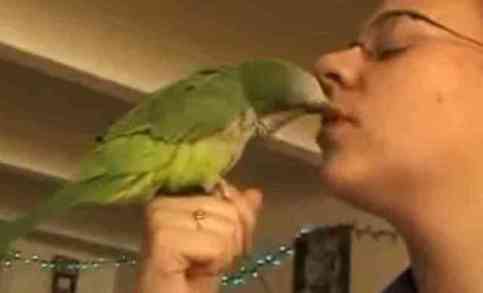 Willie and his owner, Megan Howard (You Tube Image)According to Howard, Willie had never before used the word "baby" and still doesn't use it. The word came out just for Hannah.

In March of 2009 Willie was officially given an award during a "Breakfast of Champions" event in Denver that was attended by then Governor Bill Ritter and Denver Mayor John Hickenlooper (who is now Governor). Without a doubt Willie has earned his keep.